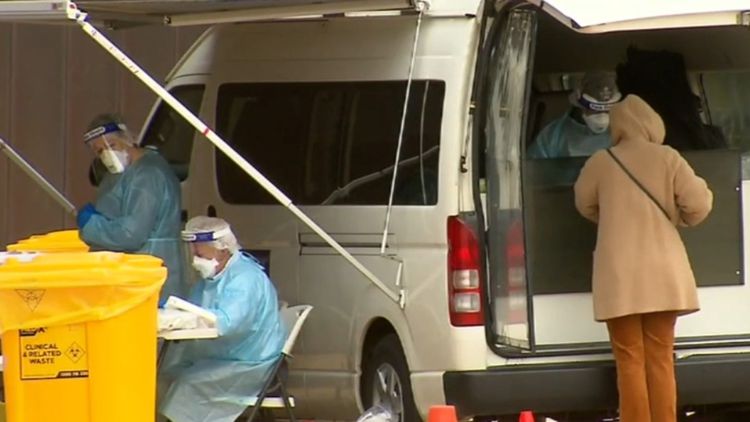 Australia's Victoria state on Tuesday reported two new locally acquired cases of COVID-19 in the state capital Melbourne, both linked to an existing cluster that prompted renewed social distancing measures in the city.

Some 15,067 Victorians were tested and 9997 received a vaccine dose at a state-run hub during the same period.

Victoria has reported daily new cases in low single digits for more than a week, allaying fears of a major spike in infections after the highly contagious Delta variant was detected.

Victoria's Health Minister Martin Foley confirmed the new cases are two adult males who live in separate apartments at the Southbank Townhouse complex, where transmission of the virus has previously taken place.

The two other cases, which were announced on Tuesday, are residents of the Kings Park Apartment Complex at Southbank, which has been locked down for 14 days after a total of six people who live there became infected.

Residents at the Kings Park apartment complex in Southbank have now been forced into two weeks lockdown after two more positive cases were recorded on Tuesday afternoon.

One positive case, a baby, is still in the complex with its mother.

The Kings Park Apartment Complex has been classified as a Tier 1 location.

Читайте также: Russian mogul Fridman's plan is to save Dia with cutbacks and closed stores

They arrived at the Southbank housing area to check on the tenants after the state government placed them all in mandatory 14-day quarantine.

In a positive sign, the health department said the three further cases were all linked to current outbreaks.

"We made a decision to expand the zone of primary close contacts from the 61 (on Monday) and asking other residents of that apartment building to also lock down for the next 14 days", he said.

'Those two positive cases are connected to some communal areas that we are concerned about, thoroughfares within that particular complex, ' Weimar told reporters.

It is expected that Victoria's state government will ease restrictions within the next 24 hours, including the end of the 25km travel bubble.