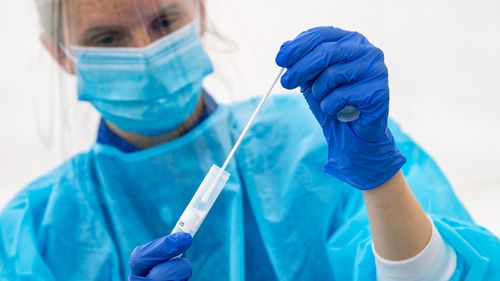 The other returned traveller returned a negative day two test on June 3, before subsequently developing symptoms and testing positive for Covid-19 following a test on June 5.

NSW Health said a person in the Bondi area - a man in his 60s who lives in Sydney's eastern suburbs - has returned a positive test, with the source of the infection still not confirmed.

"It isn't over yet by no means. please don't go back to behaviours that would suggest that there's absolutely no risk", Victoria state Chief Health Officer Brett Sutton said during a televised media conference in Melbourne.

"If you have been to any of these sites and are already in Queensland, you must immediately travel by private transport directly to your home or accommodation and quarantine".

"NSW Health is in the process of contact tracing the case and will notify WA Health if any close or casual contacts are found to be in Western Australia to allow for appropriate public health follow up to be taken", he said.

NSW Health is urgently seeking to identify the source of a coronavirus case that has emerged inside a quarantine hotel.

The department said genomic sequencing showed all three travellers had identical viral sequences of the Alpha variant (B.1.1.7), which was first documented in the UK.

The couple, who were asymptomatic, tested positive to Covid-19 on a routine day two test on June 3, NSW Health said in a statement.

The three cases were transferred from the Radisson Blu to the Special Health Accommodation, where they remain.

According to NSW Health, it is unclear how and where transmission occurred.

As a precautionary measure, all returned travellers who stayed on the fourth floor at the hotel between June 1 and 5 must get tested and self-isolate before receiving further advice.

Additionally, staff who worked on the fourth floor of the Radisson Blu between June 1 and June 5 have also been asked to get tested and isolate.