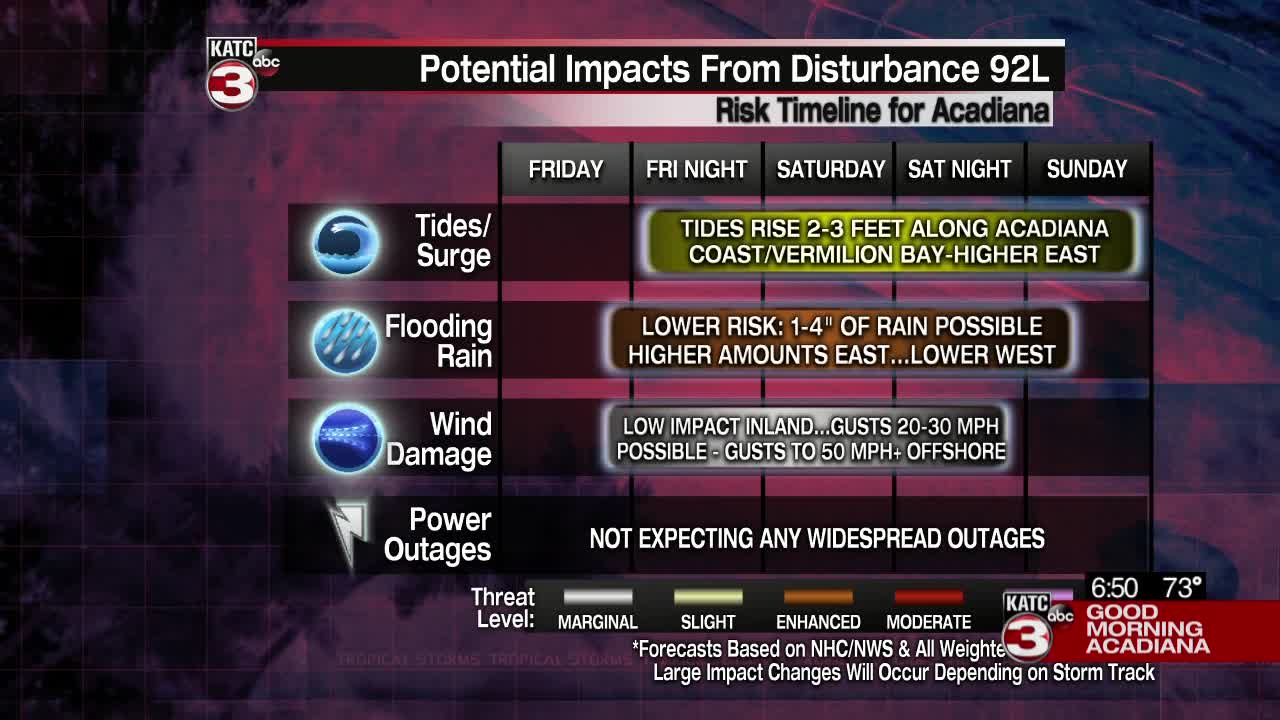 Some strengthening is forecast, and a subtropical or tropical storm is likely to form over the central or northern Gulf of Mexico later today. The warning also includes Lake Pontchartrain, Lake Maurepas, and Metropolitan New Orleans to the west.

The term "Potential Tropical Cyclone" is used by the NHC to describe a system that hasn't reached tropical storm status but is expected to develop into a tropical storm and deliver tropical storm conditions to an area within a 48 hour period.

The current forecast from the National Hurricane Center brings Potential TC3 across the Southeast this weekend, and towards the North Carolina region by Sunday, where it is expected to dissipate into a remnant low.

Potential tropical cyclone three is centered about 220 miles south of Morgan City, Louisiana and is moving NNE at 14 mph. Rainfall totals of 4 to 8 inches, with locally higher amounts in excess of 10 inches, will possible across the area.

The hurricane center warned of flash, urban and small-stream flooding as a result of the heavy rainfall and said river flooding could occur as the storm hits areas with elevated rivers.

A tropical storm warning has been issued for the Gulf Coast from Intracoastal City, Louisiana, to the Alabama/Florida border.