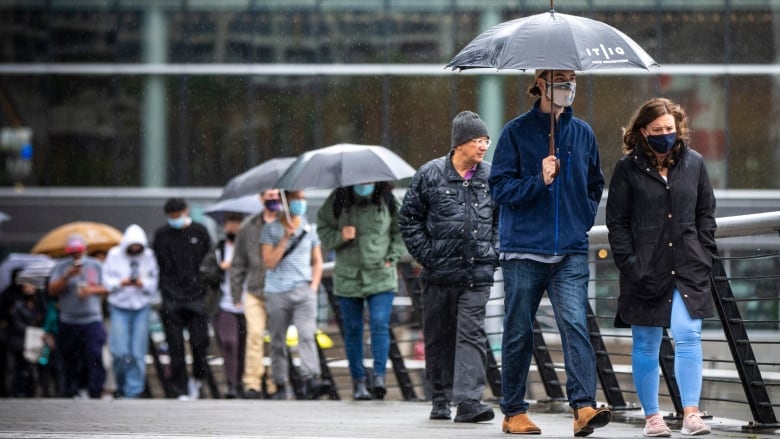 Nineteen new cases of the virus were identified on the Big Island Tuesday, per DOH statistics. No new COVID-related deaths were reported.

There are now 2,800 active cases of COVID-19 in the province. There are 14 people in hospital and eight in critical care. Of the active cases, 254 individuals are now hospitalized, 80 of whom are in intensive care.

Henry said there are two new outbreaks, at Richmond Lions Manor-Bridgeport, a long-term care home in the Vancouver Coastal Health region and at at Iqra Islamic School in Surrey.

There are now 102 active cases of COVID-19 in the Vancouver Island region, including seven people in hospital and one more in critical care.

Health officials on Monday urged British Columbians to continue being vigilant about COVID-19 until more people have received their second dose of vaccine as outbreaks continue to pop up, despite a sharply declining caseload. People who received a first dose of one type of mRNA vaccine are expected to safely receive another mRNA vaccine for their second dose, and not switch to get a dose of AstraZeneca.

Earlier in the day, the National Advisory Committee on Immunization approved a mix-and-match approach to vaccination, with updated guidance allowing people to receive Pfizer or Moderna as a second dose regardless of whether they received Pfizer, Moderna or AstraZeneca for their first dose.