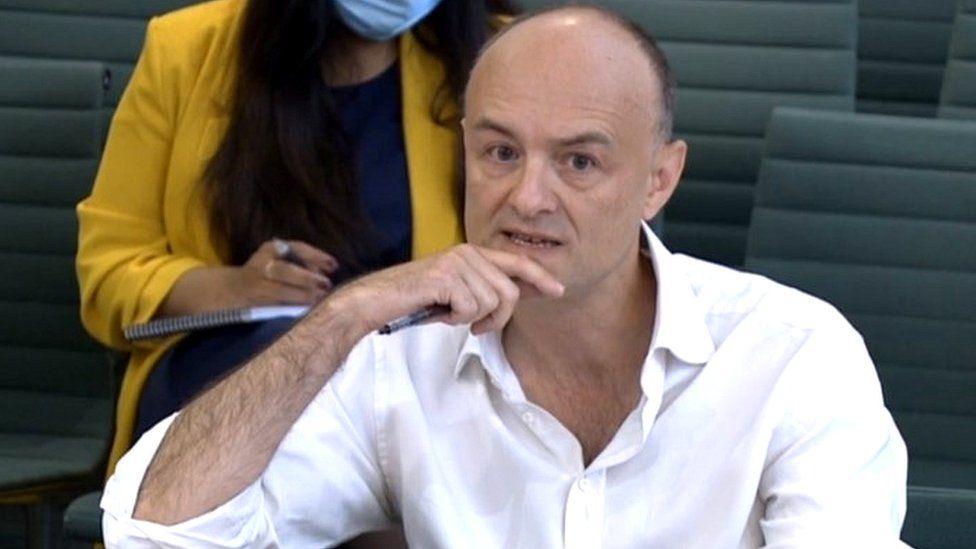 Dominic Cummings, who has been engaged in a weeks-long feud with Downing Street, published a lengthy blogpost that he claimed showed details of how "Number10/Hancock have repeatedly lied about the failures last year".

The revelations came in a blog post by former Downing Street aide Dominic Cummings, which included a series of screenshots purportedly showing WhatsApp exchanges between himself and the Prime Minister as ministers grappled with the crisis in spring past year.

In the messages, Cummings discusses the rapid rise in testing capacity in the USA in March of past year and how it compared to the United Kingdom, writing: "US has gone from 2200 tests a fortnight ago to 27,000 a week ago to 100k yesterday".

It showed the controversial aide criticising Hancock over efforts to ramp up testing, to which a contact who is allegedly Boris Johnson replied: "Totally fucking hopeless".

The incriminating exchanges also appear to mark a new blow in the conduct of government as Boris Johnson's former advisor Dominic Cummings seeks revenge against the PM and Mr Hancock.

The messages are Mr Cummings's first attempt to publish supporting evidence since his select committee appearance where he accused the Health Secretary of lying, failing on care homes and "criminal, disgraceful behaviour".

He said: "I can't think of anything except taking Hancock off and putting Gove on".

No 10 insisted Mr Johnson still has full confidence in the Health Secretary, with the Prime Minister's official spokesman simply replying "yes" when asked during a Westminster briefing.

"The prime minister has worked very closely with the health and social care secretary and will continue to do so", the spokesman added.

This was denied last week by Mr Hancock who maintained that he commanded the Prime Minister's full confidence at all times - a pretence now called into question by the exchanges selectively disclosed by Mr Cummings.

The Prime Minister did not answer the question.

"It will not start for years and it is created to punt the tricky parts until after this PM has gone - unlike other PMs, this one has a clear plan to leave at the latest a couple of years after the next election, he wants to make money and have fun not "go on and on", writes Mr Cummings. The Prime Minister confirms a four-week delay to the lifting of all restrictions in England beyond 21 June.

Speaking to MPs, Cummings on May 26 singled out Hancock for criticism, alleging he lied to colleagues on numerous occasions, including over pledges to test all elderly patients released from hospital back into care homes.

Mr Cummings also wrote: "Why is No10 lying, including to Parliament, about the fact that the original plan was "herd immunity by September" and had to be abandoned?"