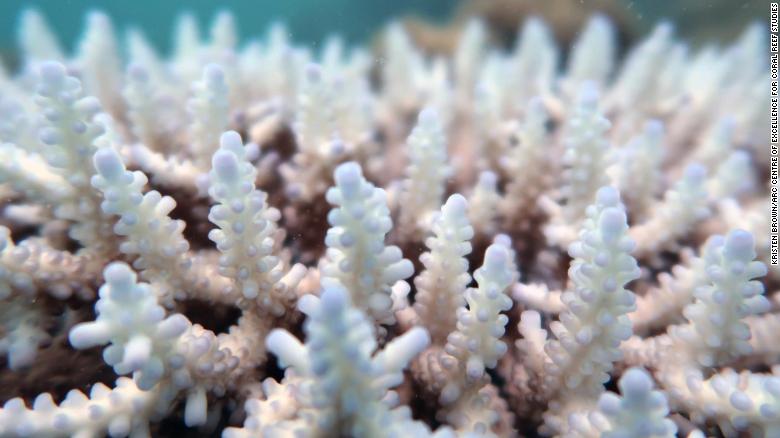 Environment Minister Sussan Ley said Australia would mount a challenge after the "back-flip on previous assurances from United Nations officials", ahead of the World Heritage Committee's 44th session hosted by China next month.

All of the 29 reefs found in World Heritage List areas have bleached multiple times, says marine ecologist Terry Hughes of James Cook University, Townsville, but UNESCO seems to be singling out the Great Barrier Reef because Australia is a laggard in addressing climate change.

Why it matters: If the the world's largest coral reef ecosystem is placed on the "in danger" list, it would mark the first time a natural World Heritage-listed site has been included mainly due to the climate crisis, per the Guardian.

Australia's Minister for the Environment Sussan Ley said Canberra had been assured there would be no recommendation on the reef by the United Nations before July.

"This is a complete subversion of normal process", Ley said.

The Great Barrier Reef row between UNESCO and the Australian government is not new but it will be quite embarrassing if the country's World Heritage Site is downgraded to the "in danger" list. Underwater heat waves triggered coral bleaching events in 2016, 2017 and 2020 so severe that scientists say that the reef will never look the same again.

The UN body released a draft report on Monday recommending the reef's World Heritage status be downgraded because of its dramatic coral decline.

Ley said she and Australia's Minister for Foreign Affairs Marise Payne raised their concerns overnight with the Director General of UNESCO, Audrey Azoulay.

"This decision was flawed. Clearly there were politics behind it", Environment Minister Sussan Ley told reporters.

Context: Relations between the governments of Australia and China have deteriorated in recent years, with Australian officials accusing the Chinese Communist Party of interfering in domestic politics and Beijing saying Canberra has a "Cold War mentality".

"We will appeal but China is in control", the source said, declining to be named as he is not authorised to talk to the media.

China's embassy in Canberra did not immediately respond to a request for comment.

"I know. that climate change is the biggest threat to the reef and in no way am I stepping away from that recognition and countries including European countries have got strong views about what policies different countries should have on climate change and I understand that as well, but this is not the convention in which to have those conversations", Ley said, referring to the Convention Concerning the Protection of the World Cultural and Natural Heritage.

"There is no avenue for any government to have any input.

This recommendation is reached by world renowned scientists", said Richard Leck, Head of Oceans for the World Wide Fund for Nature, Australia.

Leck was part of a group of conservationists that lobbied 13 members of the UNESCO committee to reach its recommendation, which will now be considered by all 21 countries on the committee.

Further, while the rest of the world sets global emissions reduction targets which have been tied to struggling marine ecosystems, China past year built three times as much coal power capacity as other countries in the entire world combined-the equivalent of more than one large coal plant per week (pdf).

Relations between Canberra and Beijing soured a year ago after Australia accused China of meddling in domestic affairs, and worsened when Prime Minister Scott Morrison sought an independent inquiry over the origins of the coronavirus pandemic.