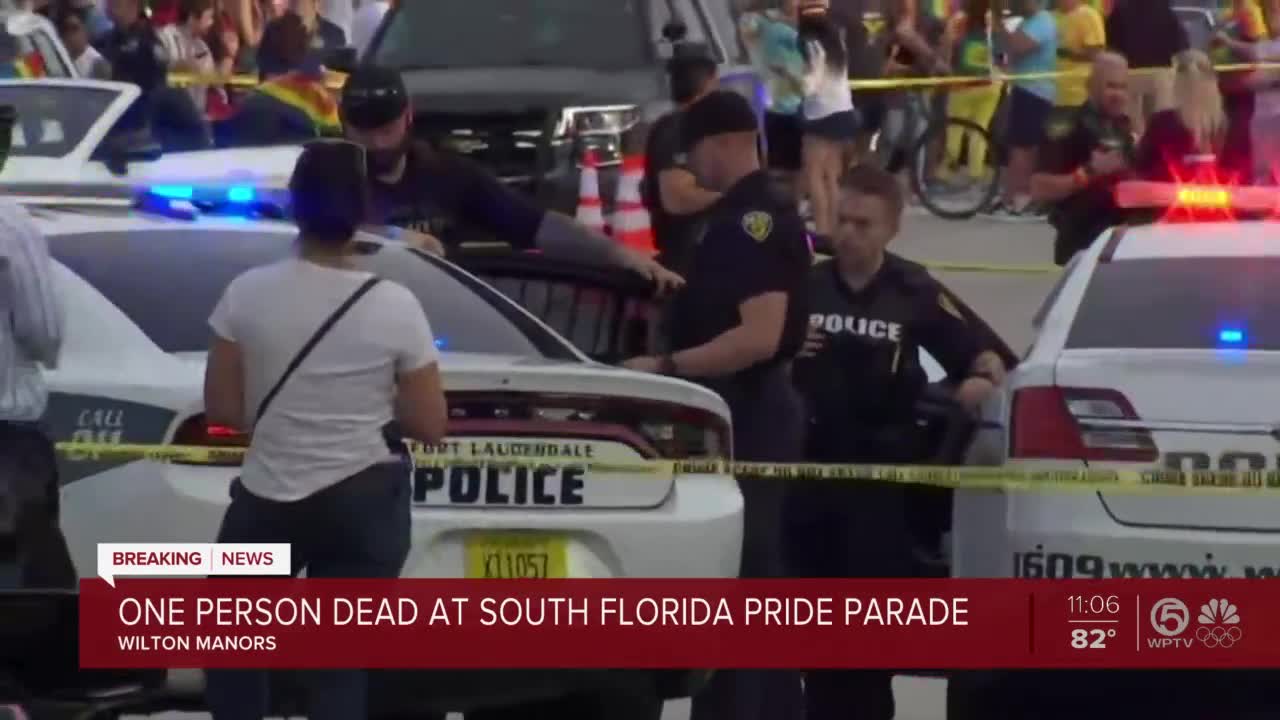 A driver slammed into spectators Saturday evening at the start of a U.S. pride parade in South Florida, killing one man and seriously injuring another, authorities said.

The remainder of the parade was canceled, according to the Wilton Manors Police Department.

"This white pickup up truck dashed right through the crowd, barely missing Congresswoman Wasserman Schultz's vehicle by inches, and just dashed, cut through, smashed through a gate, smashed into a landscaping company, and he hit two people", Trantolis said.

"We saw people lining up ready to move and all of a sudden this white pickup truck dashed right through the crowd barely missing Congresswoman Debbie Wasserman Schultz's auto by inches", the mayor said, cited by the media outlet.

Trantalis said the truck missed the congresswoman "by inches" before it crashed into a plant nursery, WPLG-TV in Fort Lauderdale reported.

"This is a terrorist attack against the LGBT community", Trantalis told WPLG Local 10.

Wilton Manors is a Fort Lauderdale suburb that bills itself as having a "strong gay presence", according to the city's website, embracing its "reputation as a destination for the gay, lesbian, bisexual and transgender community".

At least one other person was seriously injured, reports said.

Wilton Manors Commissioner Chris Caputo wrote on Twitter that it "seems increasingly probable it was an accident".

Users shared photos allegedly made on scene after the incident. She was seen by witnesses in tears after the crash.

In a statement Saturday night, Wasserman Schultz said she was safe but "deeply shaken and devastated that a life was lost".

"As reports come in and more details unfold, we send love to our #LGBTQ family and all those impacted by the events that took place today at the #Pride event in #WiltonManors-including our #PFLAG chapter members", they tweeted. "May the memory of the life lost be for a blessing".

'All of a sudden there was a loud revving of a truck and a crash through a fence, ' the spectator told the paper. "It was definitely an intentional act right across the lanes of traffic".

June is Pride Month, commemorating the June 1969 police raid targeting gay patrons at the Stonewall Inn in NY that led to an uprising of LGBTQ Americans and served as a catalyst for the gay rights movement.