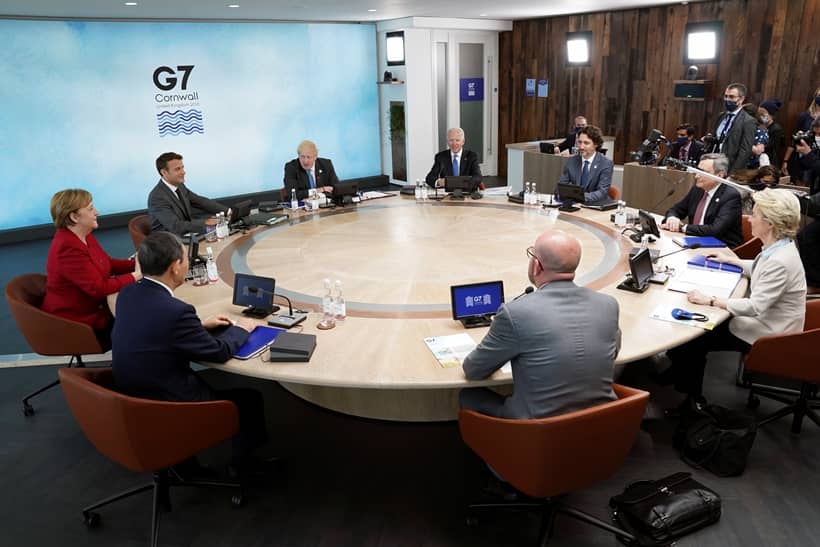 The United States is back as a cooperative leader of the free world, French President Emmanuel Macron said at a meeting with US President Joe Biden.

Macron's remark echoes that of British Prime Minister Boris Johnson who hailed Biden on Thursday as "a big breath of fresh air".

Asked why he had attacked the president when Macron was on a visit to the southeastern town of Tain-l'Hermitage, Tarel said he had thought about throwing an egg or cream tart, but insisted he had not considered slapping Macron and acted on impulse.

"What you demonstrate is that leadership is partnership", Macron told Biden as they sat on an outdoor terrace with a sweeping view of the turquoise sea behind them.

He said the African Union sought to vaccinate 60 percent of the continent's population by March 2022, and that this was a target G7 leaders should commit to making it happen.

Biden added that the United States felt very strongly about the cohesion of the North Atlantic Treaty Organisation military alliance and expressed support for the European Union - the target of much criticism from Trump during his 2017-2021 presidency.