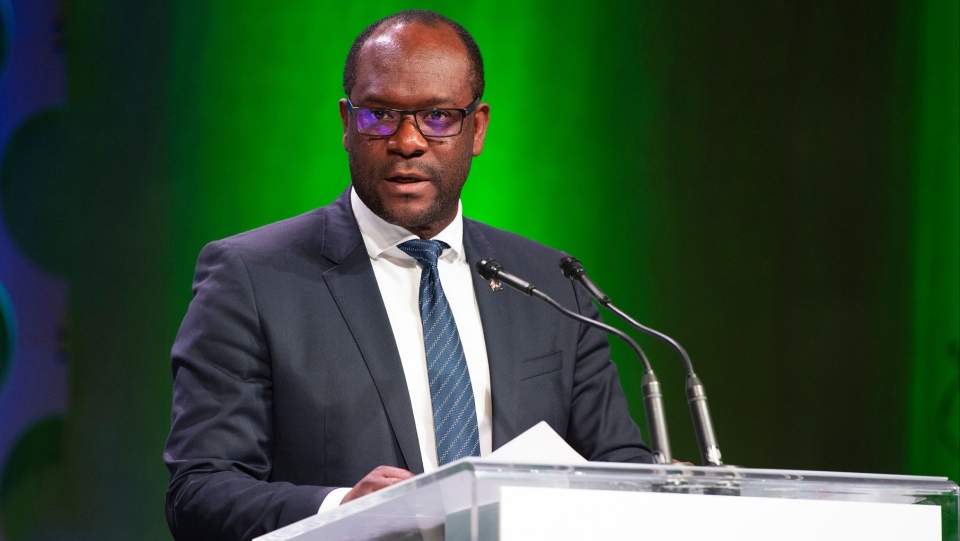 "That's what the NDP, the media and the federal Liberals were looking for and want", he wrote. "I ask that we don't tear ourselves down and hand over Alberta to the NDP".

Trudeau also said the feds are working with provincial and local governments to bring the pandemic under control.

"Playing politics at this point is just not what Canadians want to see".

Alberta has recently seen COVID-19 case counts that are the highest in North America, and Trudeau notes that he reached out to Premier Jason Kenney and big city Alberta mayors last week to offer any further support if called upon.

Madu has yet to address the comments on his Facebook page.

There were 690 people in hospital including 158 in intensive care beds.

Hinshaw has previously said that all new cases of COVID-19 in Alberta are assumed to be a variant of concern.

Kenney and his minsters have repeatedly accused Trudeau's government of hamstringing the relief effort and, as late as April 29, Kenney blamed Alberta's third wave on Ottawa for a slow vaccine rollout.

As of Tuesday, Alberta has stopped administering first doses of AstraZeneca-Oxford due to supply shortages. Those are to be used as second doses.

Based on current and expected supply, at least half of all Albertans are projected to have at least one dose by the first week of June, rising to two-thirds of the general population by the third week of June.

Kenney continued to tout Alberta's vaccine success as a greater percentage of Albertans are eligible to receive immunization than many other parts of Canada.

Biden to announce partnership with Uber, Lyft for free rides to COVID vaccination sites
As of Sunday, that number stands at 58%, White House coronavirus task force director Jeffrey Zients said. The City Council on Tuesday approved a study to see how a $30 minimum wage for drivers would work. 5/11/2021

Mass shooting at school in Russia leaves 8 dead, 21 wounded
Russian state media TASS reported that a second shooter may still be roaming the school , according to a law enforcement source. Kazan, about 700 kilometres east of Moscow, is a city of 1.2 million people and is known as the "third capital of Russia". 5/11/2021