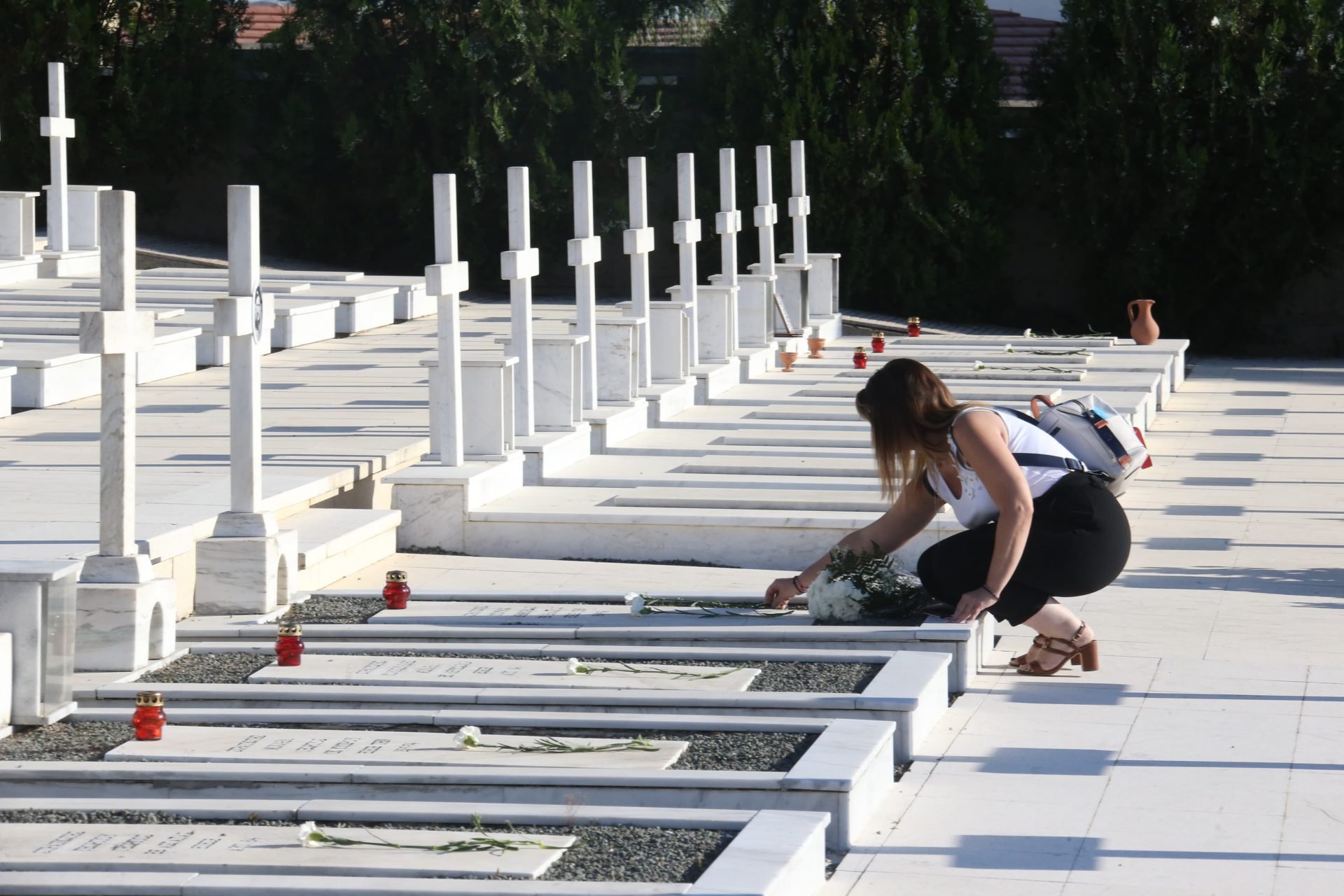 French President Emmanuel Macron on Thursday denounced Turkey's violation and threats against the sovereignty of Greece and Cyprus, as tensions mount in the East Med region.

Turkey on Wednesday rejected claims by Greece that its oil-and-gas research vessels were encroaching on Greek waters in the eastern Mediterranean and said it would continue to defend its legitimate rights and interests in the region. Turkey said it will carry out the survey until August 2 while Greek armed forces are on standby to monitor the movements.

"It is not acceptable for the maritime space of a member state of our Union to be violated or threatened".

"Those who are doing that must be sanctioned".

The area subject to a Navigational Telex (NAVTEX) that seismic vessel Oruç Reis will start research in the eastern Mediterranean as of July 21 falls under the continental shelf of Turkey and was notified to the United Nations, Foreign Ministry spokesperson Hami Aksoy has said.

North Atlantic Treaty Organisation allies Greece and Turkey are at odds over drilling rights in the region, with the European Union and the United States increasingly critical of Ankara's plans to expand exploration and drilling operations in the coming weeks into areas Athens claims as its own.

Energy and security issues in the area are the subject of "power struggles, particularly of Turkey and Russian Federation", about which the European Union was not doing enough, Macron said.

"More broadly, Europe must undertake a thorough reflection on the security issues in the Mediterranean", said Macron.

"It would be a serious mistake to leave our security in the Mediterranean in the hands of other actors".

France, which denies supporting Haftar but has always been suspected of favouring him, angrily condemned Ankara last month after it said a French navy ship was targeted by a Turkish frigate's missile radar while inspecting cargo en route to Libya.

Following their statements to the press, the two Presidents met in the presence of their delegations to discuss cooperation between Cyprus and France in energy and defence, bilateral relations, Turkey's provocations in the Eastern Mediterranean, as well as issues concerning European Union priorities.

New COVID-19 vaccine trials under way in Brazil
Serum Institute is also co-developing its own vaccine with US-based firm Codagenix, which is now in pre-clinical trial. The company has said it could start a Phase 3 trial of the vaccine in late July if it receives regulatory approval. 7/23/2020

Amitabh Bachchans daughter posts about absence amid familys COVID-19 battle
Amitabh has been active on social media through the lockdown, which began on March 25 to curtail the spread of Covid-19. AWESOME NEWS! Now you can download BollywoodShaadis app and never miss a story. 7/23/2020

National Hockey League 21 Isn't Getting a PS5 or Xbox Series X Version
The NHL 21 site has been updated with a developer blog regarding the game's progress as it nears launch. The newest installment in EA Sports' NHL video game series will be out later than usual this year. 7/23/2020

Brexit: Trade deal some way off, say United Kingdom and EU
But both sides agreed on one thing: there had been no movement on the main stumbling blocks to a deal on fair competition guarantees - or the so-called level playing field - or on fisheries. 7/23/2020

Sara Ali Khan Shares Throwback Pic with Ibrahim and Amrita Singh
On the work front, Sara Ali Khan was last seen in Imtiaz Ali's directorial Love Aaj Kal opposite Kartik Aaryan. Coolie No. 1 is a remake of the 1995 film of the same name, the film also stars Varun Dhawan and Paresh Rawal. 7/23/2020

German court convicts 93-year-old man for Nazi crimes
A federal court subsequently upheld the 2015 conviction of former Auschwitz guard Oskar Groening, solidifying the precedent. As a guard there, he said he frequently was directed to watch over prisoner labour crews working outside the camp. 7/23/2020

COVID Vaccine likely by Early November in Odisha
Asked if there could be any setback in terms of productivity and output of the vaccine, he said chances of failure look remote. He was speaking at an online discussion organised by FICCI Ladies Organisation (FLO), Pune Chapter. 7/23/2020

Frank Lampard warns Liverpool not to become 'too arrogant'
The authorities had also urged fans to stay away from Anfield , with the match held behind closed doors and social distancing measures still in place. 7/23/2020

Rajasthan speaker moves SC against HC order staying action against rebel MLAs
To this, the Speaker's counsel sought suspension of the word "direction" from the order saying that the court can not do that. The ruling party in the state had sought the disqualification of the members on the ground of their "anti party activities". 7/23/2020

Princess Beatrice's family have the sweetest nickname for her new husband
" Meghan Markle and Prince Harry didn't attend the wedding but they did call Beatrice beforehand to wish her good luck". Rumors have swirled that the Duke of York refuses to cooperate with the Federal Bureau of Investigation . 7/23/2020

10 years of One Direction
During an Instagram Live, Niall teased Directioners by touching his hair when a fan asked him to if the reunion rumours were true. Hmm. "I'm not allowed to say too much obviously, because I'd be giving it away", he told presenter James Corden. 7/23/2020

Trump Urges Mask Use, Says COVID Could Get Worse
They'll have an effect. "And we need everything we can get", he said. "Anything that potentially can help ... is a good thing". Trump resumed the coronavirus briefings Tuesday after discontinuing them in April, when he declared them a waste of time. 7/23/2020

West Brom promoted to Premier League as Brentford blows chance
Troubled Wigan are relegated following the end-of-season deduction of 12 points for going into administration earlier this month. Goals from Grady Diangana and Callum Robinson either side of halftime, however, put the Baggies in the driving seat. 7/23/2020

Trump sends well wishes to jailed Jeffrey Epstein associate Ghislaine Maxwell
I've met her numerous times over the years especially since I lived in Palm Beach and they lived in Palm Beach. Her lawyers have said she "vigorously denies the charges" and is "entitled to the presumption of innocence". 7/23/2020