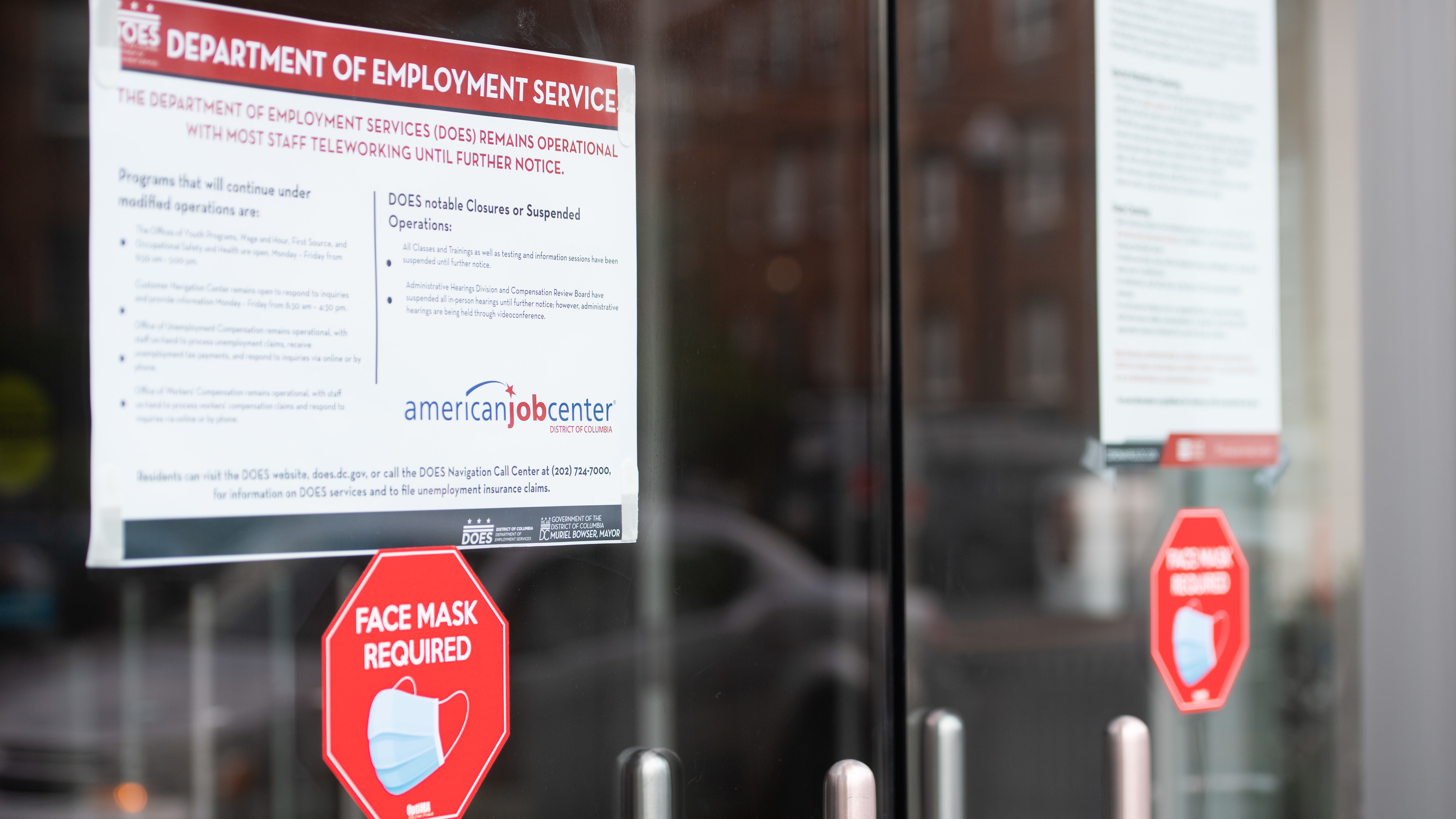 Initial weekly jobless claims totaled more than 1.4 million for the week ending July 18, according to data from the Labor Department, bringing the total number of claims to more than 52 million since coronavirus-related lockdowns began in March.

Why it matters: Enhanced unemployment benefits - an extra $600 per week - authorized under the coronavirus stimulus bill are set to expire in coming days, leaving millions of Americans with a smaller financial cushion as cases spike amid the worst economic downturn of our lifetime.

It's a sign that the labor market is deteriorating as businesses around the country close their doors again in response to an intensified coronavirus pandemic.

Adding to the toll were the 974,999 people in 49 states who applied for benefits under a program for workers who would not normally be eligible - an increase of almost 20,000 from the week prior.

Almost 4 million cases of the virus have been reported in the US with dozens of states reporting an uptick in cases - especially in Sunbelt states such as Arizona, Florida and Texas - and some states have begun reimposing lockdowns.

The 109,000 increase in first-time regular claims came even as continued claims dropped by 1.1 million, to 16.2 million.

"The combination of the resurgence of COVID-19, especially across the Sun Belt, bankruptcies, and secondary layoffs finally stopped the decline", said Robert Frick, corporate economist at Navy Federal Credit Union.

Mike Tyson will reportedly fight Roy Jones Jr. in 8-round exhibition
Not just a stunt, on his Instagram , Tyson announced that he will be starting an organization called Legends Only League . If you thought Mike Tyson has been putting out training videos on social media just to get some attention, think again. 7/23/2020

WIAA makes a decision on fall sports season
The State of Washington is the fourth state to move high school football to the Spring due to the coronavirus pandemic. The WIAA says certain COVID-19 case benchmarks must be met for the fall season - " season one " - to be played. 7/23/2020

This ultra-durable material fights back against cutting tools
As a tool penetrates the material, the spheres release fine ceramic dust particles that act like sandpaper, blunting it further. Abalone sea creatures are built from tiles interlinked with a biopolymer material that make them resistant to fractures. 7/23/2020

Judge orders Trump's former lawyer Michael Cohen released from prison
You can communicate, you can discuss, you can post on social media, but you can't make a confinement into a free person. A federal judge on Thursday suggested during a court hearing that prosecutors sent U.S. 7/23/2020

Panel to investigate Nova Scotia shooting attack that killed 22
A three-member panel will review what occurred, the police response and recommend preventative measures. Both the interim and final reports will be made public. 7/23/2020

Serena, daughter Olympia to own soccer team in USA
I am thrilled by the opportunity to partner with this incredible group of people to bring a professional women's soccer team to Los Angeles. 7/23/2020

Trump predicts pandemic will 'get worse before it gets better'
It also determines how many representatives a state gets in Congress - and North Carolina is eligible to increase that number. The letter sent to Trump was drafted by former FDA Associate Commissioner Dr. 7/23/2020

Oh No! Reality Star, Demitra "Mimi" Roche Is Dead
The reality show focused on seven aggressive and unruly women and their confrontations while living in luxury in a mansion. There's likely not 1 human being who would have something unfavorable to say about her. "We misplaced a stupendous soul". 7/23/2020

Former Nazi Concentration Camp Guard Convicted For 5,230 Murders
He added that as a mere tower guard, Dey would not have known the extent of the "sadism" and "inhumane conditions" of the camp. Dey himself denied any guilt for what happened at the camp and said that the trial had "cost a lot of strength". 7/23/2020