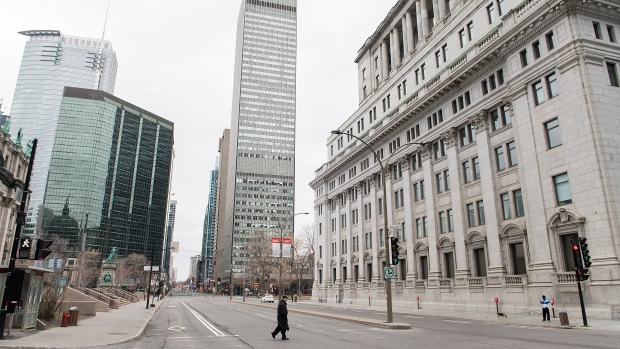 In the 20th and 21st centuries, seismic noise has gradually increased as economies and populations expanded, making it hard for scientists to tease apart the different signals and hear natural phenomena that were being masked by human vibrations.

With less humans on the move, we have seen significant dips in carbon emissions and air pollution at different points of 2020, with the latter even being shown to boost the output of solar panels in certain cities.

These vibrations are measured by seismometers, and by looking at data taken from stations around the world scientists can track declines in human-generated seismic noise.

Vibrations travel through the earth like waves, creating seismic noise from earthquakes, volcanoes, wind and rivers as well as human actions such as travel and industry.

The noise level reduction lasted longer and was at times quieter than the Christmas to New Years period, Thomas Lecocq, a seismologist at the Royal Observatory of Belgium, and his colleagues from around the world report Thursday in the journal Science.

Researchers studied data from a global network of 268 seismic stations in 117 countries and found significant noise reductions compared to before any lockdown at 185 of those stations - almost 70 per cent.

The drops were more pronounced in more-populated areas (New York and Sri Lanka), but were observed in less-populated regions (for example, Germany's Black Forest) as well.

"The 2020 seismic noise quiet period is the longest and most prominent global anthropogenic seismic noise reduction on record", they wrote.

Previously concealed quake signals have been heard for the first time, and researchers say the lockdown quietening could open up new fields of research that improves detection of forthcoming natural disasters. "We hope this insight will spawn new studies that help us listen better to the Earth and understand natural signals we would otherwise have missed".

Portland protests continue as Trump administration sends officers to Seattle
Portland Mayor Wheeler, a Democrat, has called the intervention an abuse of federal power and said it was escalating the violence. One demonstrator asked him if he was willing to abolish the police, to which he replied "no", and was loudly booed by many. 7/24/2020

Hawaii bracing for rain, wind, surf impacts from major Hurricane Douglas
This rain may result in life-threatening flash flooding and land slides, as well as rapid water level rises in small streams. Major Hurricane Douglas is the strongest storm on the planet right now and it's approaching Hawaii . 7/24/2020

Airbus offers 'final' concession in jet subsidy dispute
A USA source said that any concessions from Airbus would be welcome but would have to be studied in detail. The WTO has faulted both Europe and the U.S. for doling out illegal support to their respective jetmakers. 7/24/2020