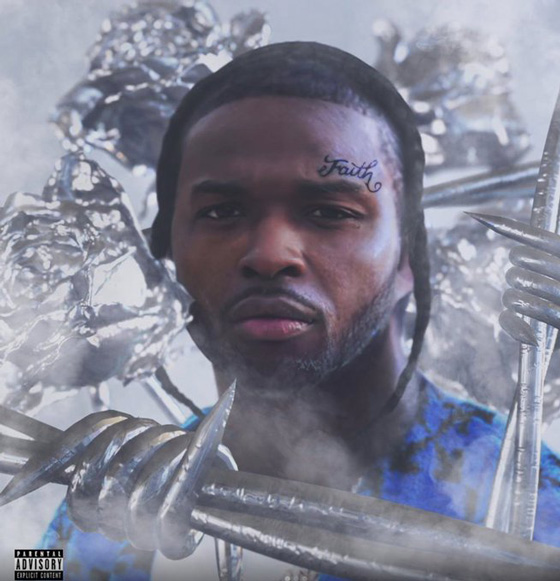 The rapper's estate, and his manager Steven Victor, have made a concerted effort to make sure his legacy lives on.

Pop's highly anticipated album, "Shoot for the Stars, Aim for the Moon" is set to release July 3, but when the cover art was revealed Monday.it was widely ridiculed and roasted, and fans immediately demanded a do-over.

Some, unfortunately, weren't feeling the designs done by Virgil Abloh.

Among the most common complaints about the cover. the lazy Photoshop job, along with using a photo of Smoke that's the first one that comes up on Google images. With so many young, talented graphic designers in the world and easily accessible via the internet, a lot of people saw this artwork as a slap in the face, further cementing the fact that people like Virgil will continue to be successful because of their connections-not because of their talent.

After seeing that sorry excuse for an album cover, the jokes truly wrote themselves, with some fans taking a shot at designing their own cover instead.