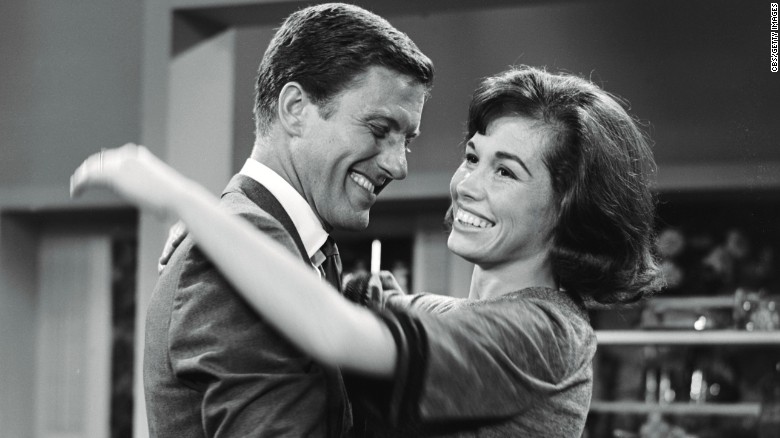 Inspired by his experiences as a comedy writer for the often hard Caesar, Reiner created - and produced and wrote - the acclaimed The Dick Van Dyke show, a smart and sophisticated sitcom that paired Van Dyke, as the Reiner stand-in, and a newcomer named Mary Tyler Moore as his wife.

The legendary Hollywood entertainer is said to have died Monday night at his home in Beverly Hills, surrounded by his family, TMZ report. Reiner stayed with Caesar throughout the 1950s, until he developed his own show about a comedy writer, which was given to Van Dyke as a vehicle along with Mary Tyler Moore.

Though Reiner made some notable on-screen appearances, his career was largely based behind the camera as a writer, director and producer.

He got his start by appearing in several Broadway musicals, including "Inside U.S.A." and "Alive and Kicking" before securing the lead role in "Call Me Mister". After joining the service's performing unit, Reiner broke into showbiz after hostilities finished, landing a spot on Your Show of Shows in 1950, where he would collaborate with the likes of Brooks and Neil Simon.

The pairing helped launch the careers of both men and spawned multiple comedy albums and a TV special.

In 1962, 1963 and 1964, Reiner won Outstanding Writing Achievement in Comedy at the Emmys for The Dick Van Dyke Show.

Reiner had three children with his wife Estelle Lebost, who died in 2008, Lucas, Annie, and Rob.

Carl Reiner has passed away.

Carl Reiner, the veteran comic and film-maker renowned for his double act with Mel Brooks as well as directing a string of hit comedies including The Jerk and The Man With Two Brains, has died 98. Since 2000, he has appeared in TV and film projects including Ally McBeal, Parks and Recreation, Two and a Half Men, Hot in Cleveland, and Bob's Burgers.

In 2018, at age 96, Reiner became the oldest Emmy nominee in history for his narration of the HBO documentary "If You're Not in the Obit, Eat Breakfast".

Carl Reiner, left, and his son Rob Reiner pose together following a hand and footprint ceremony for them at the TCL Chinese Theatre on Friday, April 7, 2017, in Los Angeles.