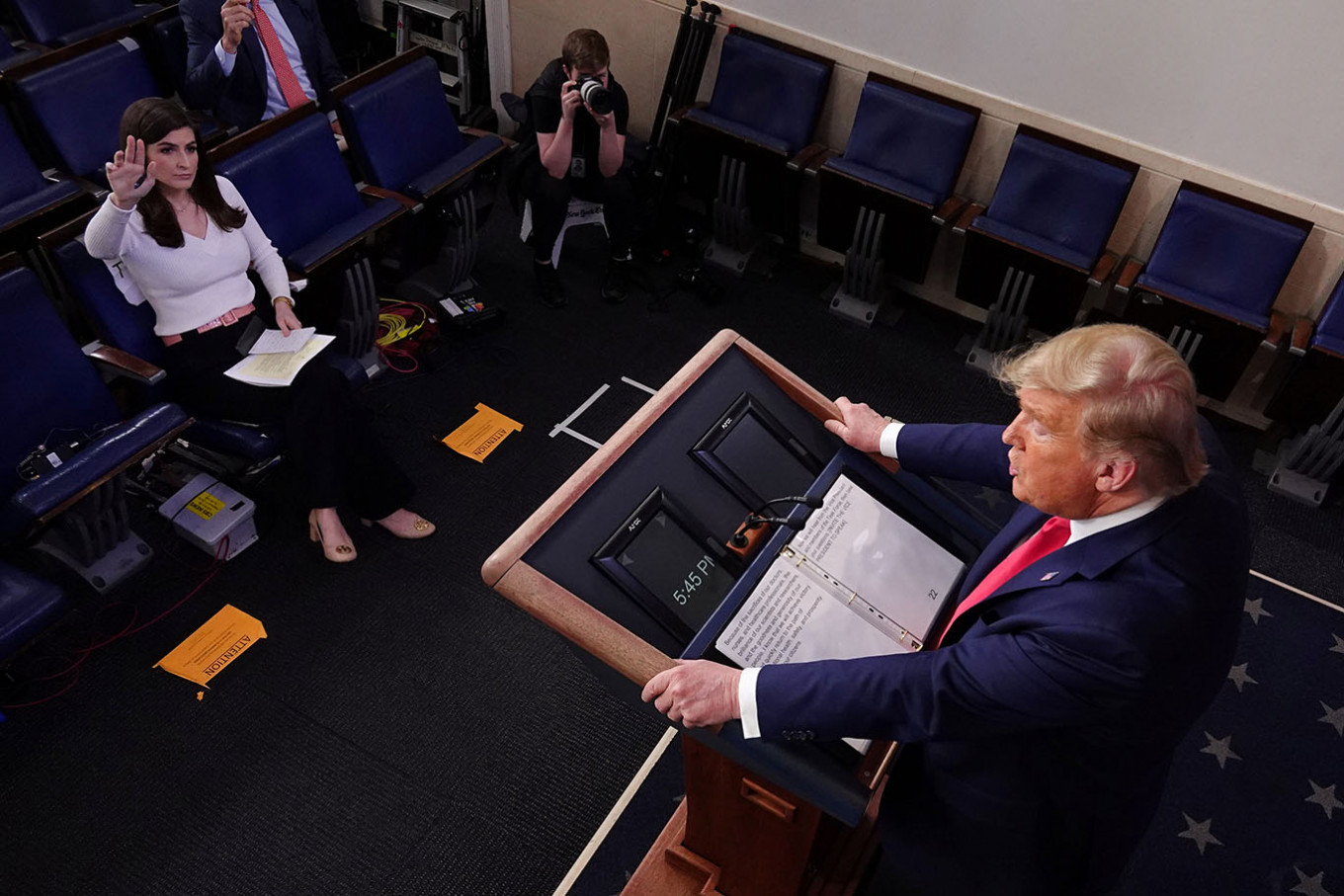 President Donald Trump called on Tuesday for a $2-trillion infrastructure package, saying cheap credit now allows for a "bold" initiative just when the USA economy is reeling from the coronavirus shutdown.

"With interest rates for the United States being at ZERO, this is the time to do our decades long awaited Infrastructure Bill", Mr. Trump tweeted.

He said "it should be VERY BIG & BOLD, Two Trillion Dollars, and be focused exclusively on jobs and rebuilding the once great infrastructure of our Country!"

But Mr. Trump's call put him on the same side as House Speaker Nancy Pelosi, who has been pushing a fourth coronavirus bill as a near certainty.

President Donald Trump is pressing the gas on getting another stimulus bill passed to pump more money into an economy that's been crippled by the coronavirus pandemic. "Phase 4", Trump tweeted on Tuesday morning.

US coronavirus-related deaths reached 3,607 on Tuesday, exceeding the total number reported in China and reaching the third highest in the world behind Italy and Spain, according to a Reuters tally. Pelosi has noted the generally bipartisan appeal of infrastructure spending. In any case, Congress is out until April 20.

McConnell also warned that the U.S. Treasury is "wrestling" with the tasks under phase three, which include sending checks to individuals and providing loans to small businesses.

The first coronavirus emergency bill was $8.2 billion, the second cost over $150 billion, and the third was over $2 trillion. He expressed scepticism about the House Democrats' new effort, saying he anxious they would try to include unrelated policy items. But Trump once walked out of an infrastructure meeting with Democrats, and efforts to do something have foundered so many times that "infrastructure week" has become something of a standing joke around Washington.

Coronavirus in Suffolk: 400 more deaths in England say Government
It is the biggest increase in a day, reports the tv station, the BBC. This is an increase of nearly 400 in a day. Northern Ireland said its toll was 28. 4/01/2020

Coronavirus cases in Mexico pass 1,000, health emergency declared
They reiterated warnings that the health system could be overwhelmed if the coronavirus is not contained. The emergency would be in force until April 30, he said. 4/01/2020

Tamil Nadu reports 50 new COVID-19 cases, 45 attended Nizamuddin Markaz
Fresh survey is being carried out with a focus on people who attended the Delhi religious event. Rao said that they had returned on March 13 and were put under surveillance. 4/01/2020

Demi Lovato and her new boyfriend go Instagram official!
They were spotted together last week putting on a friendly display while shopping for groceries at Erewhon in Calabasas. The 27-year-old singer replied to Max's latest Instagram, where he was playing around with her adorable pup Batman . 4/01/2020

Chris Meloni Returns to SVU Universe in Stabler-Centric Spinoff at NBC
The renewal extends " SVU's " run as the longest-running live-action primetime series in TV history, through Season 24. The series is now in its 21st season and stars Mariska Hargitay, Ice-T, Kelli Giddish, and Peter Scanavino. 3/31/2020

US Navy captain says carrier faces dire coronavirus threat
It had previously made a port stop in Vietnam, though it is not clear whether sailors were initially infected there. Since then the number of cases has nearly tripled. 3/31/2020

Field hospitals to open in Central Park, Queens
Additionally, the tennis center's Louis Armstrong Stadium will become a commissary that will package 25,000 meals per day for medical professionals and others. 3/31/2020

France Reports Record 499 Coronavirus Deaths in One Day, Toll Reaches 3,523
As a result, France has been moving some patients to other regions or even overseas to neighbouring countries. He said on Sunday that the death toll amounted to 2,606 and the total case count reached 40,174. 3/31/2020

MK Council to suspend food and garden waste collections
People can arrange this, by going to to wolverhampton.gov.uk/recycling-and-waste/book-bulky-item-collection and filling out a form. 3/31/2020

Basu calls for calm from public and police over lockdown laws
Lord Sumption warned that such policing tactics were a worrying sign of the United Kingdom slipping into a "police state". Mr Thompson said on Twitter: "This public were looking for support from the police all last week". 3/31/2020

Tom Brady Officially Gets Beloved #12 From Chris Godwin
Brady wore No. 10 in college at MI , but became well known for No. 12 while winning six Super Bowls with the Patriots . So, it's only natural to assume that he would want to keep that jersey number in his new Tampa Bay Buccaneers threads. 3/31/2020

Coronavirus epidemic 'far from over' in Asia: WHO official
All new 48 cases reported on Tuesday were linked to people arriving from overseas . This is going to be a long-term battle and we can not let down our guard. 3/31/2020