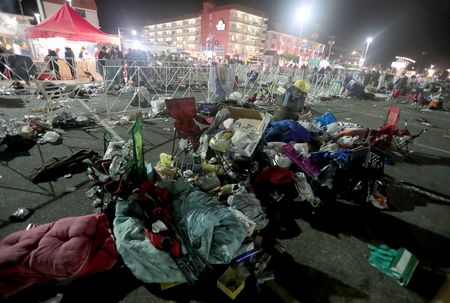 The Task Force will lead the Administration's efforts to monitor, contain, and mitigate the spread of the virus.

Secretary of Health and Human Services Alex Azar has been tapped to lead the task force, which is to be coordinated through the National Security Council and is composed of White House and government agency experts from the CDC, State Department, Homeland Security, Transportation Department and the National Institute of Allergy and Infectious Diseases at the National Institutes of Health, among others.

Members of the task force have been meeting on a daily basis since Monday.

President Donald Trump revealed Wednesday that he met with officials of his cabinet agencies about the coronavirus outbreak in China.

"We will continue to monitor the ongoing developments", Trump wrote on Twitter. "We have the best experts anywhere in the world, and they are on top of it 24/7!"

"Just received a briefing on the Coronavirus in China from all of our GREAT agencies, who are also working closely with China", Trump said in the posting.

The Wuhan coronavirus, which originated in China, has killed more than 100 in the country and has sickened thousands across the globe - including in the USA, where the first case of human-to-human transmission of the disease was reported earlier Thursday.

There are 165 cases of coronavirus under investigation in the United States, but only five cases have been confirmed so far.

Named as 2019-nCoV, the virus has hit all provinces in China, including the remote region of Tibet, mostly due to travellers from Wuhan city, the ground zero of the epidemic, as the virus claimed 170 lives, infected 7,736 others and spread to 20 countries, including India.

The World Health Organization is holding an emergency meeting today to determine whether the virus should be deemed a global emergency.

The Electric First Full Trailer For ‘Narcos: Mexico’ Season 2 Is Here
Production started on season two in Mexico City in December 2018, with Eric Newman returning as showrunner and executive producer. As Gallardo starts building his empire, he has to go against the Cali cartel, who were the focus in Narcos Season 3. 1/31/2020

Russian Federation closes Far East border with China to prevent spread of coronavirus
The United States and Japan evacuated their nationals from a quarantined city while British Airways suspended flights. A decision on air traffic will be taken by Friday, Golikova added. 1/31/2020

I didn't know what to expect: Rohit on Super Over
Rohit Sharma came to the party hitting two consecutive sixes in the super over to win India the match and the series. Time Southee: Rohit takes 2, Rohit takes 1, Rahul slams 4, Rahul takes 1, Rohit smashes 6, Rohit clobbers 6 . 1/31/2020

Prince Harry loses complaint against UK tabloid newspaper
Days later Prince Harry sued the owners of The Sun and the Daily Mirror for allegedly hacking his voicemails. It is not the only time Harry and his wife Meghan have taken action against the press. 1/31/2020