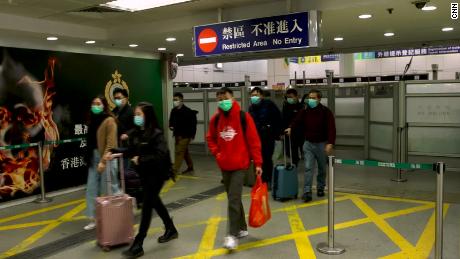 "There have been more cases in China, but so far with a lower death rate than the SARS outbreak", said Michael Head, a health researcher at Britain's University of Southampton. White House officials called executives at major US carriers on Tuesday, telling them a temporary ban on China flights is on the table, according to knowledgeable sources. The move comes after United Airlines paused its flights to China, citing the outbreak and a drop in demand.

Passengers on some flights to China will have to make do without hot meals or blankets and newspapers, as airlines step up measures to protect crew and travellers from a coronavirus that has killed more than 130 in the country.

British Airways suspended direct flights from London to Beijing and Shanghai until March on Wednesday, after the UK Foreign Office advised against travelling to China.

Toyota, which runs plants in regions such as the northern city of Tianjin and the southern province of Guangdong, said the closures after the Lunar New Year holidays were in line with transport lockdowns in some places, and as it assesses its parts supply situation.

Delta now operates six daily nonstop flights between the U.S. and Beijing and Shanghai, while American operates 10 flights daily to and from Hong Kong, Shanghai and Beijing. The newly identified coronavirus, which originated in the Chinese city of Wuhan, has created alarm because it is spreading quickly to other countries and much about it is still unknown.

USA Today reports: "The administration has discussed the prospect of suspending flights to China, but has not made a decision, officials said, denying some media reports that it had".

Other countries were planning more stringent quarantine measures, with Australia planning to house any citizens evacuated on an island normally used to detain asylum seekers.

Hong Kong airlines are cutting the number of their flights to the mainland by about half through the end of March in response to government virus-control efforts.

The scale of the deepening crisis was emphasised with the total number of infections on the Chinese mainland exceeding that of the Severe Acute Respiratory Syndrome (SARS) outbreak in 2002-03. The outbreak has infected more than 6,000 on the mainland and overseas.

Germany now has four confirmed cases, all of them employees at a Bavarian firm recently visited by a Chinese colleague, health officials said.

The crisis is also affecting many other global businesses: Starbucks said it would shut more than 2,000 stores in China.In its first quarter financial results Tuesday, Starbucks told investors it was closing half its 4,292 stores in China.