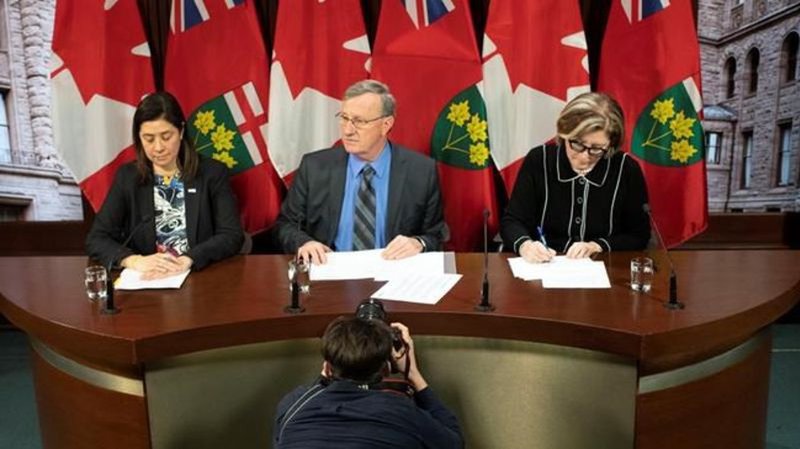 However, to be absolutely sure, the patient's sample was sent to the National Medical Laboratory in Winnipeg for additional testing.

Health officials said most of the people who had close contact with the husband and wife have been contacted.

Henry said the risk of spread of the virus within British Columbia "remains low at this time".

Ontario Public Health, which releases province-wide numbers every morning, reported that as of Thursday, there were two confirmed cases and 27 cases under investigation across Ontario. "Regular handwashing, coughing or sneezing into your elbow sleeve, disposing of tissues appropriately and avoiding contact with sick people are important ways to prevent the spread of respiratory illness generally".

He says people living in Ontario should be reassured that the system is working, and that those with symptoms and a travel history to the affected area are self-reporting.

Meanwhile, Air Canada has cancelled select flights to China as travellers delay or call off travel plans over fears of the coronavirus outbreak.

More than 7,700 people in China have been diagnosed with the new coronavirus and 170 of them have died.

Public health officials in Ontario will hold a media briefing to provide updates on the province's ongoing response to the new coronavirus.

Prince Harry loses complaint against UK tabloid newspaper
Days later Prince Harry sued the owners of The Sun and the Daily Mirror for allegedly hacking his voicemails. It is not the only time Harry and his wife Meghan have taken action against the press. 1/31/2020

CBS Makes Star Trek: Picard Pilot Available For Free!
While only the first episode of Picard is available on the CBS site, the second episode has already debuted on CBS All Access . The streamer confirmed that Star Trek: Picard bested the previous record set by Star Trek: Discovery by a significant margin. 1/31/2020

Red Sox talk Mookie Betts trade with Dodgers
The Red Sox see the benefit of opening spring training without the question of Betts' future hanging over the team, sources said. Betts and the Red Sox avoided arbitration earlier this winter, settling on a one-year deal worth $27 million. 1/31/2020

Three Japanese evacuated from Wuhan test positive for virus
Various airlines are cutting flights to the country, from British Airways and Lufthansa to Air Canada and American Airlines. Tedros also called on countries to combat false information about the virus circulating on social media, including Twitter. 1/30/2020

Coronavirus: 6,000 tourists in lockdown on Italian cruise ship
Nearly 7,800 Coronavirus cases have been confirmed worldwide; China said 170 people had died from the infection as of Thursday. The fear is that other passengers may have been infected if either of the couple is found to be carrying the Coronavirus . 1/30/2020

Meghan McCain slams media coverage of Abby Huntsman's 'View' departure: 'It's cruel'
Later in the show, a caller asked McCain about Page Six's report that she is no longer speaking to any of her co-hosts off-camera. It's been really emotionally taxing to have our friendship used this way in the media. "It's taken a real toll on me". 1/30/2020

WRAPUP 4-U.S. economy misses Trump's 3% growth target in 2019
Some also argued that there was historically not a very strong relationship between corporate tax rates and business investment. For the fourth quarter, consumer spending, which accounts for about 70% of economic activity, slowed to an annual gain of 1.8%. 1/30/2020

NBA Changes All-Star Format With Tribute To Kobe Bryant
The NBA is looking to make the All-Star Game more competitive while incorporating an ode to Kobe Bryant. If one team sweeps all four quarters, the other team will receive $100,000 for its charity regardless. 1/30/2020