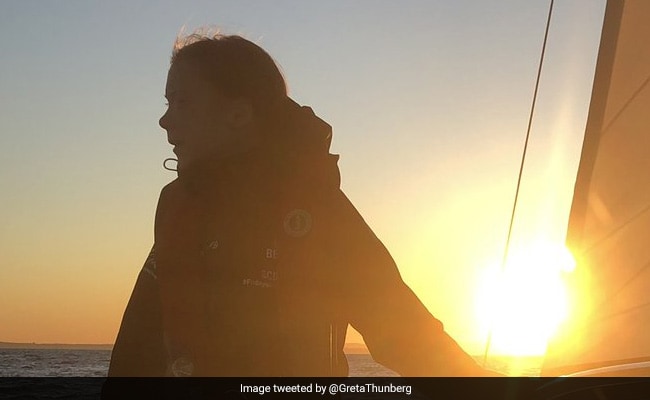 Portugal's environment minister Matos Fernandes thanked Greta for her activism in a letter last Thursday, having already departed for COP25.

Thunberg doesn't travel by plane because the high emissions associated with air travel.

Despite the grim statistics, young delegates said they were inspired by Ms Thunberg's determination to minimise her own carbon footprint by twice braving the Atlantic instead of flying - which they saw as a symbol of resourcefulness and defiance. She has since been a leading figure in the student walkouts and referenced the role of youth in leading the recent protests today.

"I think people are underestimating the force of angry kids. We are annoyed and frustrated, but for good reason".

Greta missed last Friday's climate strikes as heavy winds delayed her arrival to Lisbon, but she is due to join thousands of activists marching in Madrid this week on the fringes of the COP25. Countries around the world are gathering in Europe to discuss the next steps in the fight against climate change.

On the opening day of climate conference, UN Secretary-General Antonio Guterres warned that if the world's greenhouse gas emissions are not reduced by 7.6% each year the impact on the planet will be "catastrophic", and called for the world's biggest polluters to take responsibility.

"If we don't urgently change our way of life, we jeopardize life itself".