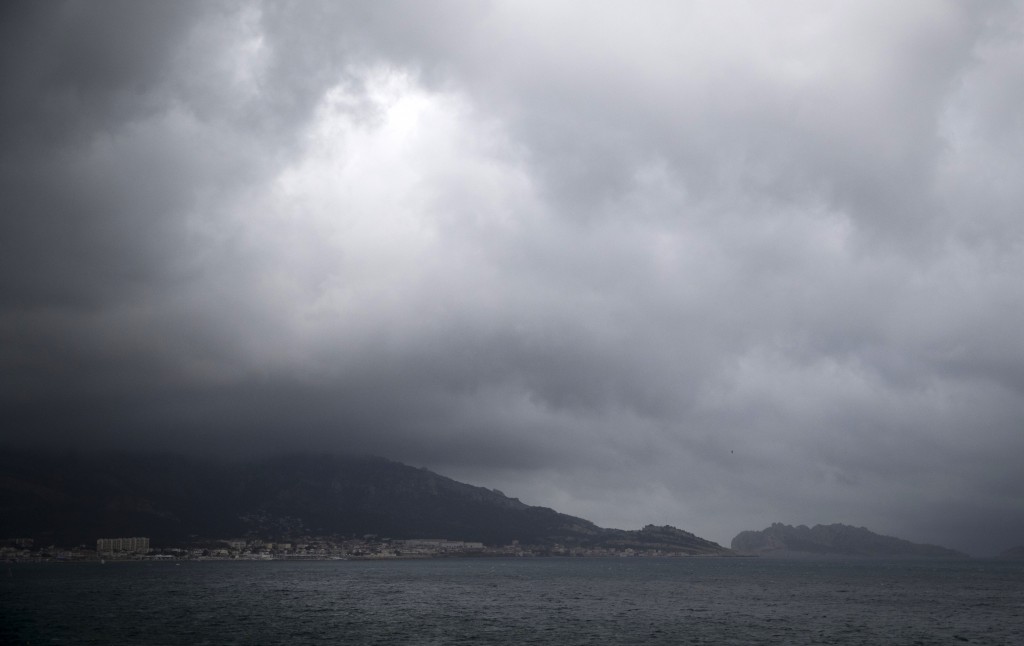 MARSEILLE: Three emergency workers were killed in a helicopter crash near Marseille while on a rescue mission in southern France where floods left at least another three dead, officials said Monday.

Eleven people have now been killed in the last 10 days in southeastern France, which has been battered by two successive Mediterranean storms marked by torrential rain, heavy flooding and high winds.

The crash site in hills north of Marseille has been sealed off as police and investigators combed the scene, French media reported.

The three were discovered lifeless at 1:30 am near the city of Rove, interior minister Christophe Castaner and his superintendent of state Laurent Nunez stated in a statement.

Sources close to the investigation said poor visibility caused by fog could have been a factor.

President Emmanuel Macron said in a message on Twitter that the whole country supported the rescuers' families and colleagues.

Rescuers walk by a auto partially submerged in the water on a flooded road of Mandelieu-la-Napoule, on Monday, southern France, following fresh torrential rains over the French Riviera.

On Sunday a shepherd in the Var region was swept away as he tried to cross a swollen stream in his vehicle while tending to his flock.

The soldiers died when two helicopters collided last Monday while chasing jihadists in northern Mali where militant violence has soared in recent months.

A few thousand people - veterans, uniformed military units and ordinary residents - lined the Alexander II Bridge and the esplanade leading toward the gold-domed Invalides monument in Paris on Monday to pay their respects, as 13 hearses drove slowly past. The other was the owner of a stable who had been out watching over his animals.

The Var and the neighbouring Alpes-Maritimes region had been placed on weekend red alert for floods which disrupted train services and cut the A8 motorway for four hours Sunday evening.

Quite a lot of social and carrying occasions have been additionally ordered off because of the risky climate, together with Paris Saint-Germain's Ligue 1 pageant at Monaco.