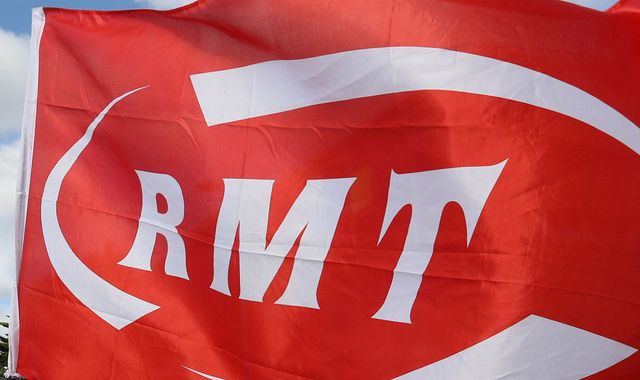 South Western has become the focal point now in the long-running dispute over guards and driver-controlled operation of trains.

The disruption is anticipated to cause shuttle chaos for commuters and Christmas prospects.

They'll then streak on strike again from center of the evening on Friday December 13 until 11.59pm on December 24.

RMT general secretary Mick Cash said union members were "angry and frustrated" after a set of union proposals to secure the guard's role was "kicked back in our faces" by SWR management.

'There is no rational explanation for the company position and we can only assume that either they or their paymasters in Government want this strike action to go ahead for politically motivated purposes.

"The union also believes that cutting the guard out of the dispatch process reduces the second person on the train to little more than a passenger in the longer term, which would give the company the option of axing them all together at some point down the line". Both the union and the travelling public are being set up and that stinks.

The union has said that it remains available for meaningful negotiations with SWR to avoid disruption. "The company should grab it with both hands".

"The company had agreed it was going to keep guards, and it's agreed they will have a safety critical role, but it seems there are plans for some very slight changes in the role, which locally might be acceptable, but at the top of the RMT union are not acceptable".

'What we're now not ready to compromise on is the comprehensive-valuable modernisation of the provider with improved performance, safety and buyer provider that our original rapid of up-to-the-minute suburban trains will vitally disclose for purchasers.

The strike will not take place on the day of the 12 December general election, and as usual there will be no trains on Christmas Day and Boxing Day.

'We know our passengers will welcome over 10 million more passenger journeys a year arriving on time and this much-needed improvement to our service is too important to compromise'.

'However, every time we find a way forward on one point the union has moved the goalposts by changing its position.

He told LBC: "If they would do what the other train operators have done and give that guarantee and put those guards on the trains, this matter would be resolved imminently and people could go about their preparations for Christmas without any interruption whatsoever".

Early on Monday morning, SWR said in a statement on Twitter: "RMT strike starts today and we will be running an amended timetable until the New Year".

Passengers have also been warned that engineering works will hit among the UK's busiest rail traces over Christmas.

Community Rail is accomplishing a filled with 386 projects over the festive duration.

There are around 25% fewer engineers working this Christmas compared with 2018, meaning more lines and services will operate as normal.

Other engineering work means Southeastern Highspeed and Eurostar trains will not stop at Ashford, Kent between December 26-29.