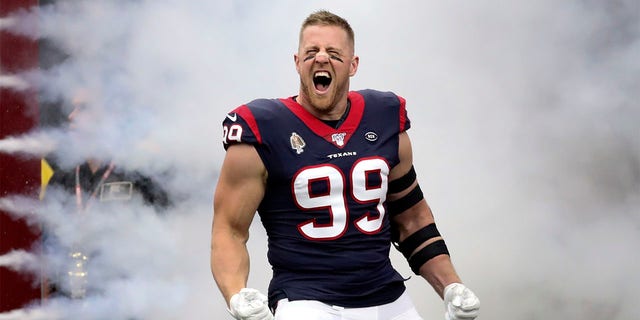 NFL Network's Ian Rapoport suggested that the All-Pro Houston Texans defensive end could return for the postseason, if not sooner. "I really like this game and I cannot let you down. Thanks for the entire ideas & well-wishes". He even took to Twitter to write: "This game can be handsome and it can also be brutal". Completely gutted that I received't have the ability to end the season with my guys and provides the followers what they deserve. Could he possibly return? "I truly love this game and can't stand letting you guys down".

With Houston at 7-4 and leading the AFC South heading into Sunday's home game against the New England Patriots, "there is real optimism from all parties that he can return for the playoffs", Rapoport wrote. ". It's pretty awesome, considering that Watt could finish He's missing only two full months and voila".

That's because Watt could possibly even return Week 17, Rapoport said. His rehab is going incredible well as there are some that believe he could play now.

Worst-case scenario, Rapoport said, was Watt could tear his pectoral muscle again after returning to action. If this happens, Watt could then undergo a "relatively routine surgery" while remaining fit for the start of the 2020 season. Watt had four sacks and 20 quarterback hits in eight games before his injury, so getting him back for a playoff run would obviously be massive for the Texans.