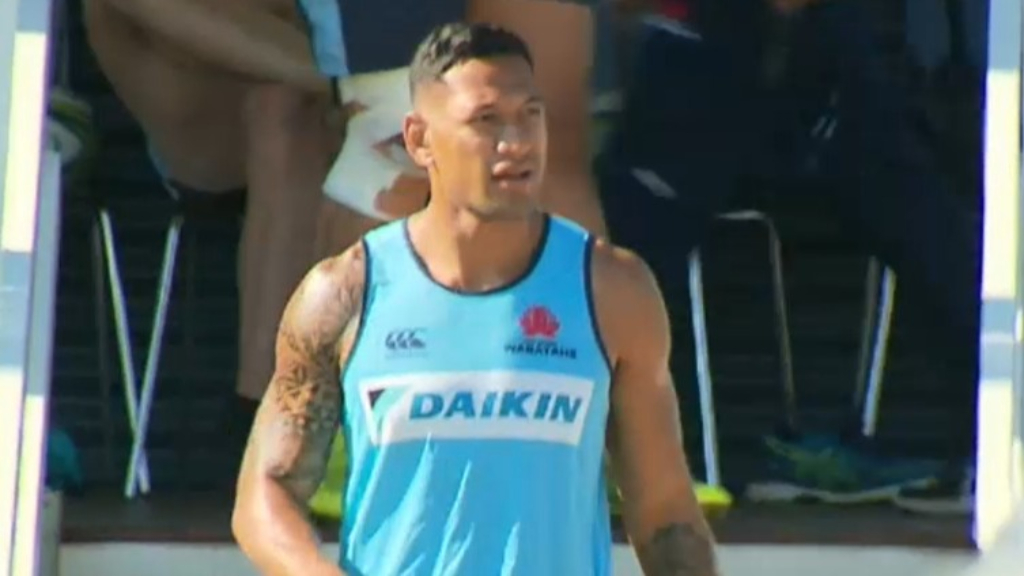 Israel Folau is still hopeful of striking an agreement with Rugby Australia (RA) after initial negotiations aimed at resolving his lawsuit came to an end.

Israel Folau joined in prayer with supporters at Federal court in Melbourne.

"Where we stand is that mediation remains on foot", Mr Haros said on Monday night.

The two sides spent the day locked in negotiations without resolution, but Rugby Australia said talks would resume on Wednesday.

The 30-year-old former Wallabies full-back is demanding Aus$14 million in compensation, claiming he was unlawfully dismissed under legislation that disallows sackings because of a person's religion.

Folau, a devout Christian, had his contract terminated by RA for a "high-level breach" after he posted "hell awaits. drunks, homosexuals, adulterers, liars, fornicators, thieves, atheists and idolaters" on Instagram.

But Castle said she had been sent messages and emails from the rugby community supporting the decision to sack Folau.

"It is these messages from members of our community and the wider sports community that leaves us in no doubt that we are doing what's right", she said.

Folau was greeted by supporters holding banners outside court, and he held a praying circle with them, before going inside. "Israel's commentary subsequent to his termination have only reinforced this belief", Ms Castle said.

"I understand that not everyone shares my faith and some find it hard to reconcile with their own beliefs", said Super Rugby's record try-scorer, who entered the court with his netballer wife Maria.

"Israel admitted he had caused harm with his comments and stated that he would not curb his social media use and will post whatever he likes whenever he feels the need to share his views".

"We pray that we might all find redemption and peace in the words of the Lord Jesus Christ as we head to today's mediation, we also ask that he watches over us, so that both parties might realise the courage to uphold the truth".

"But we come here today with a genuine desire to find a settlement that is sensible and reasonable so that we can return all of our focus and resources to growing the game of rugby".

In a fresh controversy last month, Folau's comments linking the bushfires in Australia to gay marriage and abortion were slammed as "appallingly insensitive" by the nation's prime minister Scott Morrison.