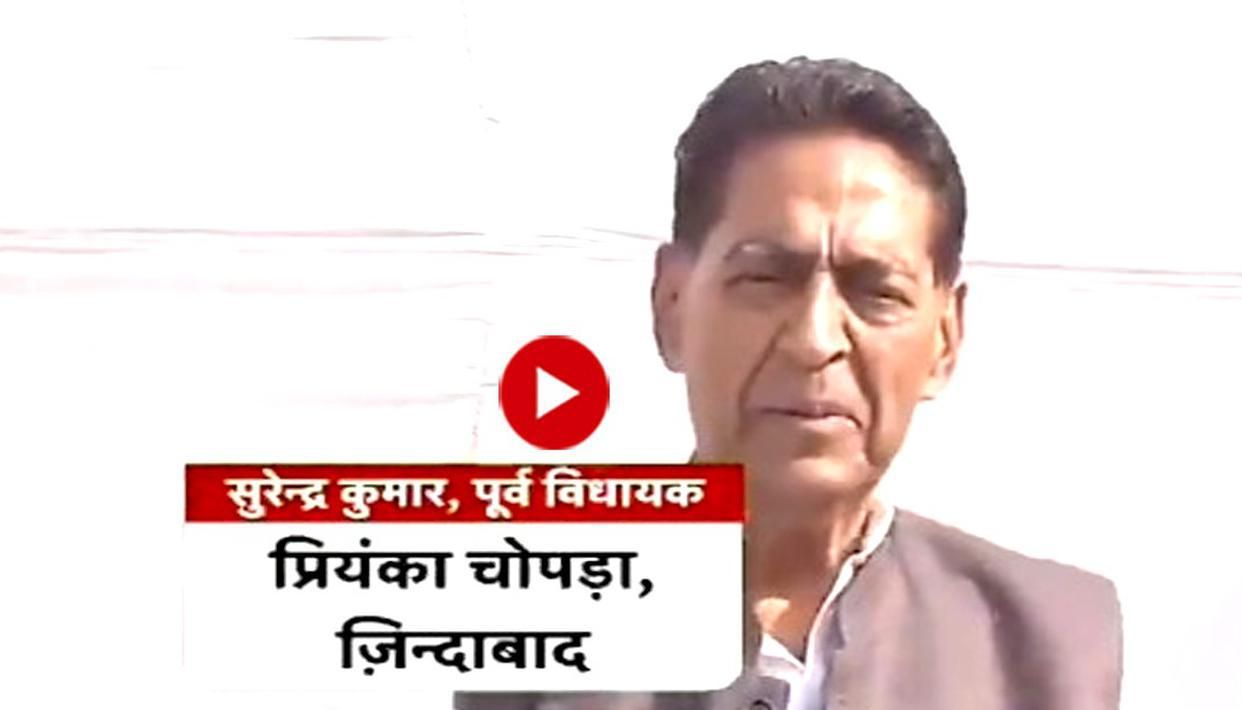 A former beauty pageant queen, Chopra starred in several movie hits in India and moved to Hollywood, where she appeared in Baywatch and the TV series Quantico.

Of course, he meant to chant Priyanka Gandhi Zindabad.

Congress party leader Surendra Kumar faced something of an embarrassment on December 1 when he mistakenly referred to Priyanka Gandhi Vadra as actor Priyanka Chopra at a rally.

The Congress leader was chanting names of Congress party leaders including interim chief Sonia Gandhi, Rahul Gandhi when he mixed up the name of Priyanka Gandhi Vadra with Priyanka Chopra.

The clumsy gaffe took place right in the middle of a rally hosted by the Indian National Congress, the nation's current chief opposition party, in New Delhi on Sunday. Then, he shouts "Priyanka Chopra." and before he could correct his mistake, the crowd yells back "Zindabad!".

You can watch the video here.

Soon after the incident, the video of the leader went viral.

However, in a faux pas, the sloganeer blurts out "Priyanka Chopra zindabad".

Surendra Kumar is a three-time MLA from Delhi's Bawana constituency.