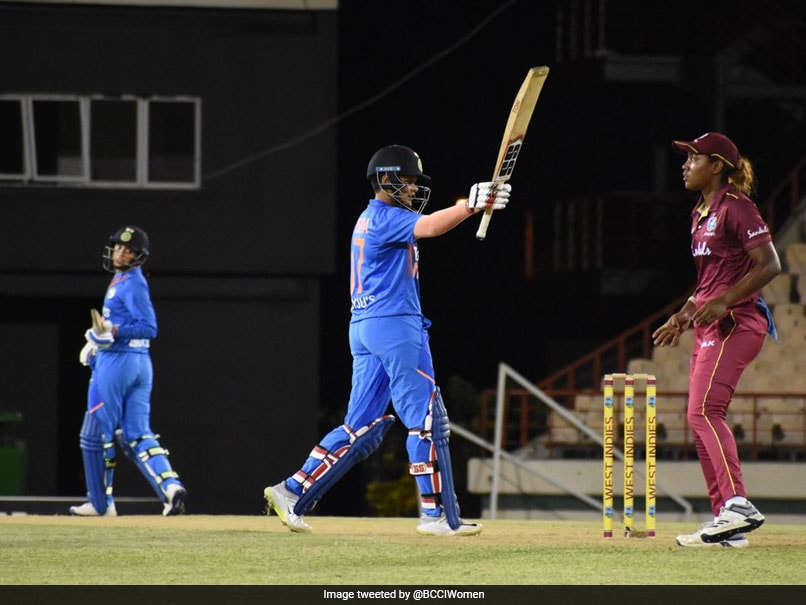 Shafali Verma lit up the Darren Sammy International Cricket Stadium, Gros Islet in St. Lucia with her powerful-hitting in the first T20I between India Women and West Indies Women. The 15-year-old scored 73 runs from 49 deliveries, which included six boundaries and four maximums, and in the course, she also became the youngest Indian batter (men and women) to score a half-century in worldwide cricket. She also become the 2nd youngest women to score a T20I half century after UAE's K Egodage who was 15 years and 267 days when she achieved the milestone. Shafali also surpassed Rohit Sharma to become youngest Indian to score a T20I fifty.

After being asked to bat, Shafali stitched a record-shattering 143-run stand with Smriti Mandhana, which is the highest stand by an Indian pair in the shortest format, bettering the 130 amassed by Thirush Kamini and Punam Raut against Bangladesh in 2013.

Shakera Selman provided the hosts with a much-needed breakthrough in the 16th over as she got hold of Verma. Harmanpreet Kaur and Veda Krishnamurthy too contributed with valuable cameos.

West Indies never looked like chasing the target as they kept losing wickets at regular intervals. However, their scintillating partnership set the base for the upcoming batters and India scored 185 runs from 20 overs, highest team total by any side against West Indies. Chedean Nation (10), Kyshona Knight (12) and Stacy-Ann King (13) couldn't stay long enough as West Indies were looking down the barrel at 86 for 6 in 14.1 over. For the visitors, Shikha Pandey, Radha Yadav, and Poonam Yadav took two wickets each.

With the win, India have taken a 1-0 lead in the five-match series.