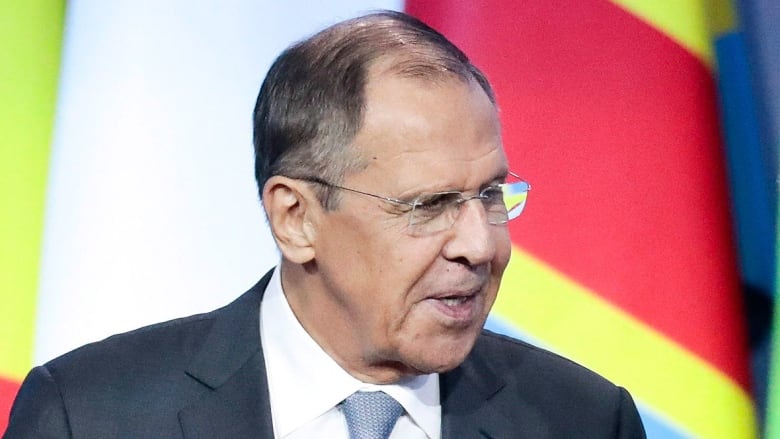 Lavrov cast the WADA's compliance review committee's proposal of a four-year ban on hosting major events in Russia and a ban for the same period on flying the Russian flag at major competitions as part of Western efforts to sideline Russia by accusing it of misconduct in various spheres.

WADA investigators found that "hundreds" of positive results contained in a version of the Moscow laboratory data obtained from a single source. a whistleblower in 2017 was missing from data obtained in January 2019, which had been requested under Russia's reinstatement of compliance in September 2018.

In the US, the exiled former head of the Moscow anti-doping lab, Grigoriy Rodchenkov issued a statement through his lawyers condemning Russia's "predictable and deplorable policy of deception".

RUSADA was suspended by WADA in November 2015 in the wake of accusations of widespread corruption and state-sponsored doping.

"Russia continues to flaunt the world's anti-doping rules, kick clean athletes in the gut and poke WADA in the eye and get away with it time and time again", Tygart said on Tuesday.

The IOC said in a statement it welcomed the opportunity for clean Russian athletes to compete, saying WADA did not indicate "any wrongdoing by the sports movement in this regard, in particular the Russian Olympic Committee or its members".

Russian Sports Minister Pavel Kolobkov said on Tuesday that he wants the Court of Arbitration for Sport to hear the case anew.

"The response proposed by the CRC is inadequate especially given the deceit perpetuated by the Russian sport system which is controlled by the government".

Former Soviet hockey star Viacheslav "Slava" Fetisov said he saw little hope of reprieve as "Russia is the most shamed country in the history of world sport" in comments to TASS news agency.

Full disclosure of data from Moscow's testing laboratory was a central condition of the suspension of the Russian Anti-Doping Agency (RUSADA) being lifted in 2018.

"WADA investigators found that the positive findings had been removed and that efforts had been made to hide this deletion, constituting what the CRC described as "an extremely serious case of non-compliance with the law." obligation to provide a true copy of Moscow data aggravating characteristics ".

"We need to push through real changes", he added.

Fasel said the IIHF would wait for the WADA Executive Committee's final decision, but raised doubts over whether it would be possible to move the two events.

This time round, new rules passed a year ago give WADA much greater authority to sanction entire countries across a range of sports.