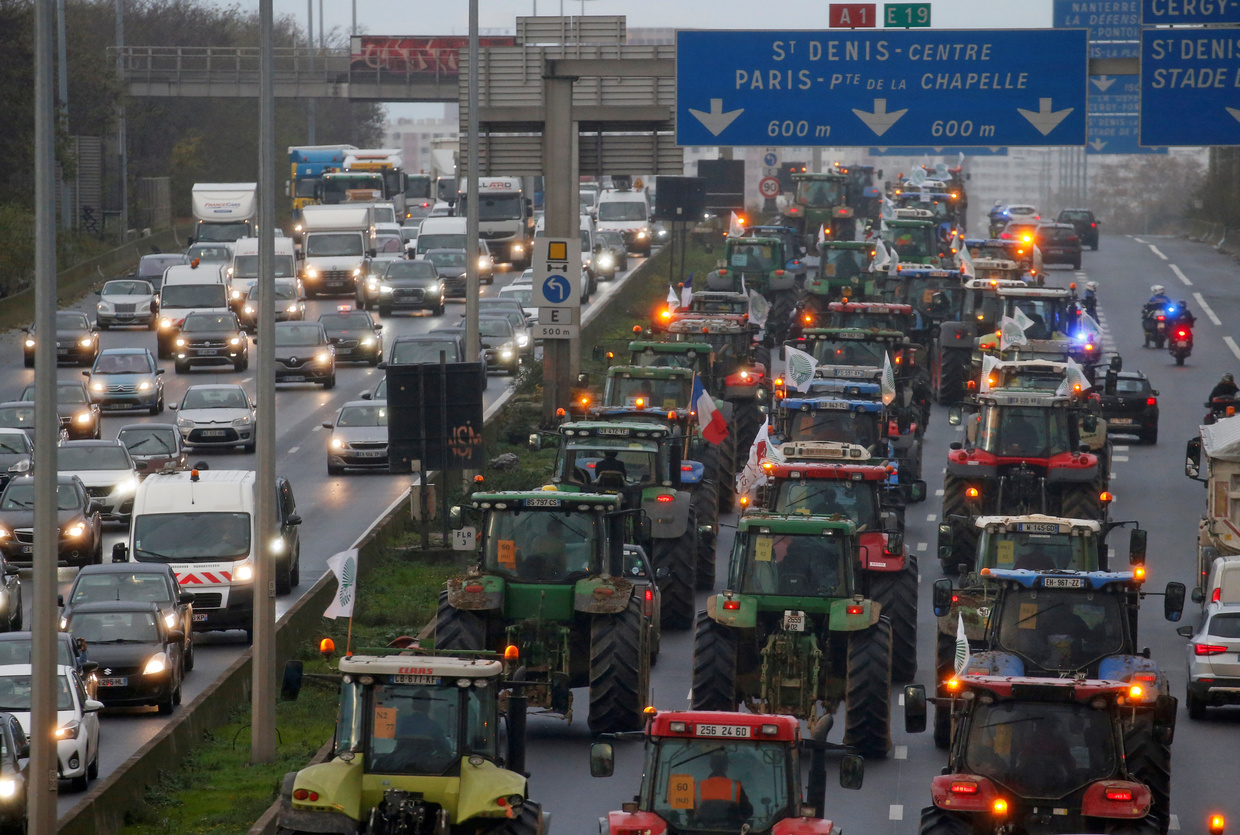 Some 340 kilometres of tailbacks were reported during rush hour in Paris as convoys of tractors snarled traffic along the main roads into the capital.

Roughly one thousand tractors have descended on Paris as French farmers protest against government policies and global trade agreements which they say are impacting their bottom line and thus their quality of life, RT reported.

Farmers unions said their members would converge on Avenue Foch, a wide boulevard flanked by some of Paris' most luxurious properties near the Arc de Triomphe in central Paris. More than a thousand tractors rolled into the city from the north and south, blocking major motorways and the inner ring-road, brandishing flags of the two main farm unions behind the protest.

Let us get on with our jobs, ' one farmer wrote on his tractor.

They did not obtain that meeting but, after talks with Agriculture Minister Didier Guillaume at the end of the day, the unions said they would meet Prime Minister Edouard Philippe on December 3 and called for a suspension of the action.

They have also hit out at "agri-bashing" by animal rights activists and environmentalists, including bans on synthetic pesticides implemented by dozens of small towns and villages.

German farmers staged a similar protest on Tuesday in Berlin, with about 5,000 tractors and heavy farm machinery at the Brandenburg Gate.

A food law passed by Macron's government, which aimed to give farmers a fairer share of profits, has failed to dispel their discontent over modest revenues.

"I support the anger of the farmers and this demonstration".

Macron has come under fire because of an European Union trade deals with Canada, and a provisional deal with the Mercosur South American trading bloc, although the French government has threatened to veto the latter.

Mr Macron, for his part, has struggled for months to ease discontent over his social and economic reform agenda.

His government last week announced emergency financing in a failed attempt to head off further hospital strikes and has been negotiating with unions over pension reform ahead of nationwide transport strikes on December 5.