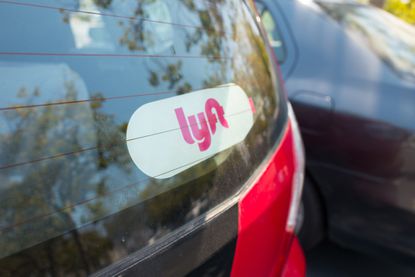 Fellow ride-hailing company Juno filed its own lawsuit alongside Lyft.

New York City passed a law in August to ensure all ride-hail drivers are paid at least minimum wage.

Uber competitors, Lyft and Juno, have filed separate lawsuits against New York City's Taxi and Limousine Commission over a new law requiring that drivers for ride-hailing companies make a minimum wage of $17.22 an hour. If Juno and Lyft refuse to pay the new minimum wage before the case is decided, they will be required to put the additional earnings aside in escrow accounts for drivers.

"Our lawsuit does not target the law passed by City Council, but instead addresses the specific way the TLC plans to implement the rules, which would advantage Uber in New York City at the expense of drivers and smaller players such as Lyft", Lyft spokeswoman Campbell Matthews said in an email.

The city's ruling on for-hire vehicle driver wages said Uber, Lyft, Gett/Juno and Via account for 75% of the ride-sharing business in New York City, with the overall trips booming from 42 million in 2015 to almost 159 million trips in 2017.

This position isn't popular among drivers, however. "Lyft has had every opportunity to pay a livable wage and they refused to do so - and now that we won a legal mandate, they are still refusing to pay a fair wage". The TLC said its new wage rules will give the typical Uber, Lyft or Juno driver a pay raise of almost $10,000 per year.

"This is an indefensible attack on workers by the billion-dollar corporations that profit from their labor", Jim Conigliaro Jr., founder of the Independent Drivers Guild, said in a statement.

The TLC's calculations for minimum-wage pay equals $17.22 per hour, which includes $15-per-hour minimum wage and extra for drivers' gas and vehicle costs. The number is based on drivers' miles traveled plus time driving, which is then divided by "utilization rate". But companies with lower utilization rates, like Lyft and Juno, would be at a disadvantage against Uber because they'll have to pay drivers more out of pocket to make up the difference, which will force them to raise fares.

Uber declined to comment on these allegations. The explosion of services like Uber and Lyft has been blamed for increasing traffic congestion. Uber appears to be showcasing itself as a global company with diverse features such as food delivery and flying cars.

Juno didn't immediately provide a comment. The law, scheduled to go in effect February 1, mandates that companies pay drivers at least $17.22 an hour after expenses or $27.86 before expenses.

Gov. Cuomo shrugs off Catholic criticism of abortion law
From CNN's coverage on January 23, titled " New York puts in measures to protect access to abortion even if Roe v. Many other Catholics, including a number of bishops, agreed on social media, but it seems unlikely to happen. 2/01/2019

'Empire' star Jussie Smollett breaks silence on attack: 'I'm OK'
There was also a noose found around the actor's neck, and he was covered in an unknown substance, which many say was bleach. We will talk soon and I will address all details of this horrific incident, but I need a moment to process. 2/01/2019

Can the Toy Story 4 Actors Quit Making Us Cry?
Toy Story 4 star Tom Hanks has shared a behind-the-scenes picture showing off his final recording session as Woody. Others were just anxious about how much the film would make them cry, if Toy Story 3 was anything to go by. 2/01/2019

Krzysztof Piatek Scores Twice vs. Napoli in 1st AC Milan Start
On Wednesday, Juventus continue their bid for a fifth straight Coppa Italia at free-scoring Atalanta, while Fiorentina host Roma. He followed in the 27th, patiently taking on a defender in the box before firing a right-footed blast by goalkeeper Alex Meret . 2/01/2019

Asian Cup organizers review UAE complaint on Qatar players
Qatar team spokesman Ali Salat did not reply to messages about the eligibility questions over players. His wonderfully worked strike in the rout of UAE took him to eight from nine shots. 2/01/2019

Christina Aguilera Talks Pink Feud, Britney Spears Song She Wishes Was Hers
On the same night I gave you tickets to my concert, ' she teased him, rolling her head back laughing as he stuttered over excuses. And asked which of them she would like to do karaoke with, she said: 'Whoever would lose themselves the most. 'Yes, I know. 2/01/2019

Senate investigators told Trump Jr.'s mysterious calls weren't with his father
The committee didn't disclose whether or not they knew who Trump Jr.'s associates were, but acknowledged it wasn't his father. All participants have spoken to the Intelligence Committee, and their stories coincide. 2/01/2019

North Korean performers feted after China concert, state media says
President Donald Trump admitted he had not read an intelligence report when speaking to the press on Thursday. North Korea has complained about continued U.S. sanctions and the slow pace of change in their relationship. 2/01/2019

United Kingdom carmakers issue stark warning on Brexit
Adam Marshall, director general of the British Chambers of Commerce, said another day had been lost while the clock is ticking. Alliance deputy leader Stephen Farry said: "The UK is very far behind in preparations for a no deal crashout". 2/01/2019

Cory Booker Preparing To Run For President
Booker recently described Carter as a "moral (giant) in America" and a model for "what I want my message to be in leadership". He has $4.1 million left in his campaign coffers that could also be used to assist his presidential run. 2/01/2019

Arsenal fans think Denis Suarez and Aaron Ramsey are the same person
A former Celta Vigo youth player Suarez joined City's academy in 2011 but was unable to establish himself in their first team. Arsenal were close to making a double loan swoop from Barcelona on a busy day in north London . 2/01/2019

Girona vs. Real Madrid - Football Match Report
The Catalan giants are the most successful team in the history of the Copa Del Rey , having won the tournament a record 30 times. The first leg games will be played next week, with the return taking place in the last week of February. 2/01/2019