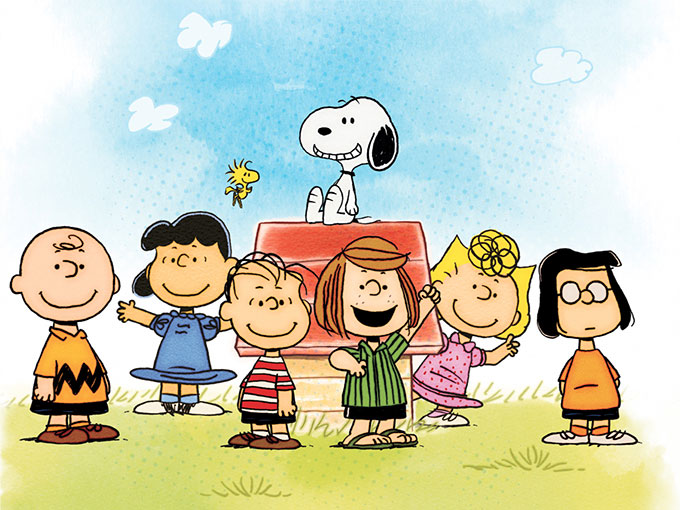 The company has entered into a definitive agreement to acquire 49% of DHX Media's 80% interest in Peanuts Holdings.

Once complete, Sony Music Entertainment will own 39% of Peanuts Holdings alongside DHX Media's 41% stake, with the remaining 20% being retained by the family of Charles Shulz - the creator of the Peanuts brand who died in 2000.

Alongside the deal Sony and DHX agreed an extension of an existing licensing and syndication agency agreement between DHX and Sony's consumer products arm, Sony Creative Products in Japan, which has represented the brand since 2010 leading to 200% growth in the brand locally in that time. That group has represented Peanuts since 2010, and is now spearheading multiple licensing programs to celebrate the 50th anniversary of Peanuts' launch in Japan, including the opening of the Peanuts Hotel in Kobe this summer.

DHX Media says it intends to use the net proceeds from the transaction to reduce its indebtedness. "This transaction will allow DHX Media to de-lever our balance sheet as we team up with an ideal partner to help us reach our worldwide growth targets for Peanuts in the coming years", said DHX Media executive chair, CEO Michael Donovan. The deal is expected to close around the end of June this year, subject to regulatory approvals and other customary conditions.

The Pope auctioned off his Lamborghini over 715 thousand euros
So he made a decision to sell it and donated the proceeds to charitable causes - but only after he signed and blessed the bonnet. A 2018 Lamborghini Huracán, gifted by Automobili Lamborghini to His Holiness Pope Francis , has sold for €809,375 (£714,317). 5/14/2018

Star Fox Spin-Off Game Rumored to Be Coming From Retro Studios
Supposedly the gameplay will be similar to F-Zero but the structure will be closer to Rare's N64 classic Diddy Kong Racing . Multiple reputable outlets have begun backing the story, including Eurogamer , VG 24/7 and Nintendo Insider . 5/14/2018

Wolff: Ricciardo is a 'definite' option
Ahead of the weekend, Pirelli's Mario Isola insisted that the change was "not a change that any of the drivers will notice in terms of performance or stint length". 5/14/2018

Trump records robocall for Pennsylvania senate candidate ahead of primary
Pat Toomey (R-PA), the entire Pennsylvania Republican congressional delegation, as well as dozens of Pennsylvania state lawmakers. Barletta said he was thrilled to get the endorsment of the president. "That's why I'm standing with Lou Barletta now". 5/14/2018

Ultimate Software Group (NASDAQ:ULTI) Downgraded by BidaskClub
During such notable technical setup, fundamental investors usually stay away and are careful shorting or selling the stock. The Minnesota-based Advantus Capital Management Inc has invested 0.02% in The Ultimate Software Group, Inc . 5/14/2018

Boston Celtics Top 15 Draft Picks of All Time
We are now watching the Celtics prove what a stellar job they have done drafting in assembling this core. This is a listing of every lottery appearance the Suns have had since the program's inception. 5/14/2018

Bella Hadid Addresses Those Who Think She Never Smiles
As you know, our mom always taught us that you should treat everyone the same, whether it's the president or the person working under you. 5/14/2018

Tim Allen 'Standing' Again and Certainly Not Last
We really looked for an opportunity to move it to our schedule and we just didn't have the right show to pair it with", he said. Mike Baxter, the show's lead character played by Allen, is a charmingly crusty outdoor sporting goods executive. "... 5/14/2018

Why Eurovision is so much more than a song contest
Singer Elina Nechayeva nailed her operatic belter La Forza, climaxing in a cacophony of Mariah Carey-esque whistle notes. Nobody went home with the dreaded "nul points", but bottom of the table was host country Portugal. 5/14/2018

'Superman' actress Margot Kidder dies
Her first husband was the American novelist Thomas McGuane with whom she had her daughter Maggie McGuane in 1976. The celebrity commenced her job in 1968 and obtained her big gap in the 1973 movie " Sisters ". 5/14/2018