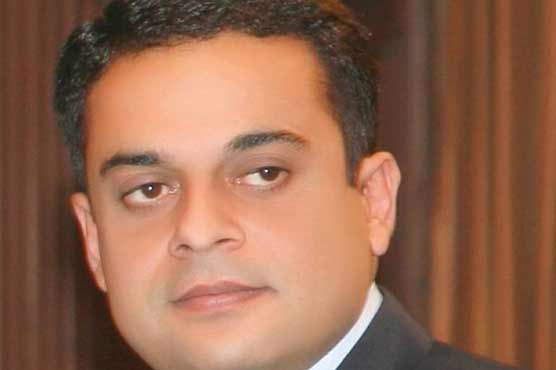 It said that the Cheema, by misuse of authority and with criminal intent, awarded a contract of Ashian Iqbal project of Rs 14 billion approximately to M/S Lahore Casa Developers. a joint-venture which was ineligible for the contract, adding that Cheema received illegal gratification in the form of 32 Kanal land valuing Rs.30.090 million approx from owners of M/S Paragon City (Pvt) Ltd.

Ahad Cheema, who is now the chief executive officer of the Punjab Thermal Power Ltd, was arrested under NAB ordinance's schedule-2 as the former LDA boss did not appear before it when summoned on January 16.

The NAB-Lahore took Cheema into custody from the office of Punjab Power Company in Gulberg.

A few days ago, Principal Secretary to Prime Minister Fawad Hassan Fawad appeared before an investigation team of the National Accountability Bureau (NAB) Lahore in connection with alleged irregularities in the PLDC, the parent company of the Ashiana Housing Scheme.

Cheema had not appeared before the NAB despite several summon.

The anti-graft watchdog said that the inquiry it conducted so far reveals sufficient evidence to prove the involvement of Cheema in financial malpractices.

Real Madrid have made a decision on Gareth Bale
However, his appearance at the Estadio Butarque, when it did come, didn't exactly give Ceballos much time to impress. Asked if Neymar would wear the Madrid colours one day, Guti told Cadena Ser radio: "I think so". 2/23/2018