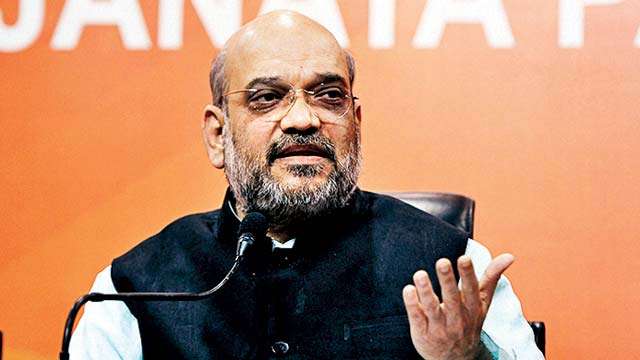 "The party president (Nitish Kumar) has taken a serious note of the issue and has relieved you of your responsibility from the post of general secretary", Tyagi said in his letter to Srivastav, considered a close confidante of senior party leader Sharad Yadav.

Backing his son Tejashwi Yadav's state-wide "Janadesh Apmaan Yatra" starting Wednesday, RJD chief Lalu Prasad Yadav on Monday said that he was to desperate to go to the people but his hands were tied as he has to appear before courts frequently.

Tejashwi Yadav, 28, the younger son of Lalu Prasad, is set to start his first padyatra from West Champaran district from August 9, where Mahatma Gandhi launched his first satyagrah in 1917, to "expose" Nitish Kumar's "double speak" and his "opportunistic alliance" with the BJP to form the government after dumping the RJD and Congress of Grand Alliance.

The protest march of the RJD came just a few days after the party's former ally, the Janata Dal (United) (JD (U)), broke away from the Mahagatbandhan (Grand Alliance) to form a fresh government in Bihar by partnering with the Bharatiya Janata Party (BJP). However, ANI quoted JD (U) leader K C Tyagi as saying "our MLA has voted for BJP".

Tejashwi said the BJP had promised scooty to counter a scheme of bicycles to girl students in Bihar.

Rashtriya Janata Dal chief Lalu Prasad on Tuesday hit out at the BJP and the RSS and said they were targeting Congress vice-president Rahul Gandhi in order to eliminate him. The opposition party in the state also started the "BJP-RSS send back" movement. "I will tell people about it during my yatra". "Tejashwi Yadav is going to the people and he will also invite people to attend the RJD's August 27 rally in Patna against the BJP", he added.

This will probably be the first time that Lalu will not be with them to guide and support them during their interaction with the people.

Trump vows North Korea could be met with 'fire and fury'
Three-quarters of Republicans favor a military response (74%) but that dips to 47% among independents and 34% among Democrats. North Korea's ICBM tests last month suggested it was making technical progress, Japan's annual Defence White Paper warned. 8/09/2017

Not going to run scared from North Korea: Haley
The US should cease its "reckless military provocation" against North Korea to avoid such a reaction, the spokesman added. Without proper protection during a re-entry stage, a missile's warhead would burn up. 8/09/2017

Hackers Who Stole 'Game Of Thrones' Episodes Demand Millions In Ransom
In a statement released to Wired , HBO spokesman Jeff Cusson said that the network continues to investigate the data breach. In a video directed to HBO CEO Richard Plepler , "Mr. 8/09/2017

President Trump vows to meet North Korea threats with 'fire and fury'
Experts contend no good solutions exist for responding to the nuclear threat posed by North Korean dictator Kim Jong Un. That compares to 64 missile tests over the eight years of President Barack Obama's time in the White House. 8/09/2017

S.Korea closely monitoring possible DPRK "provocation" after strike warning against Guam
This comes as tensions appear to be rising between North Korea and the U.S. Pacific Command's Continuous Bomber Presence missions. He said he felt like moving out of Guam. 8/09/2017

North Korea has reportedly miniaturized nuclear weapons: 5 things to know
He added: 'It's fair to say it's just a matter of time, in terms of being able to hit the hit the U.S. with a (nuclear) missile'. President Donald Trump has offered a harrowing ultimatum to North Korea if the country continues to threaten the United States. 8/09/2017

Former Sunderland midfielder reacts after sealing Hull City switch
Hull City were relegated to the Championship last season, but will have ambitions to bounce straight back at the first attempt. There has been interest in Larsson from other countries but he is reportedly hoping to continue his career in England. 8/09/2017

Atlanta Braves Infielder Johan Camargo Suffers Knee Injury After Freak Accident
Second baseman Johan Camargo was running out onto the field when he stumbled and took an awkward step before going down in a heap. It certainly looks as if he was attempting to jump over the chalk, as many players are known to do based on superstition. 8/09/2017

Court orders Diezani to Permanently forfeit $37.5m Banana Island Property
Obiozor had in July ordered the temporary forfeiture of the property after listening to an exparte application brought by the EFCC. 8/09/2017

Gionee India unveils 'A1 Lite' at Rs 14999
Gionee's independent facial enhancement algorithm automatically detects a user's face and applies custom beauty settings. Unlike the Plus variant, the Gionee A1 Lite has a single rear camera setup with the fingerprint scanner right below it. 8/09/2017

Married mum jailed for 15 years for sex with teen boys
Adding, 'Did you know that this was wrong? "Did you ever stress over the mischief you were doing to my child?" she proceeded. She said: "My number one priority has always been my two children and I've provided for them in a way nobody else can". 8/09/2017

Pierre-Emerick Aubameyang: 'I am staying at Borussia Dortmund'
It was open and fair talks with Michael Zorc [Dortmund director of football] and Hans-Joachim Watzke [Dortmund CEO]. I know that many people have said that you can not move to China because, football-wise, it would be a step back. 8/09/2017