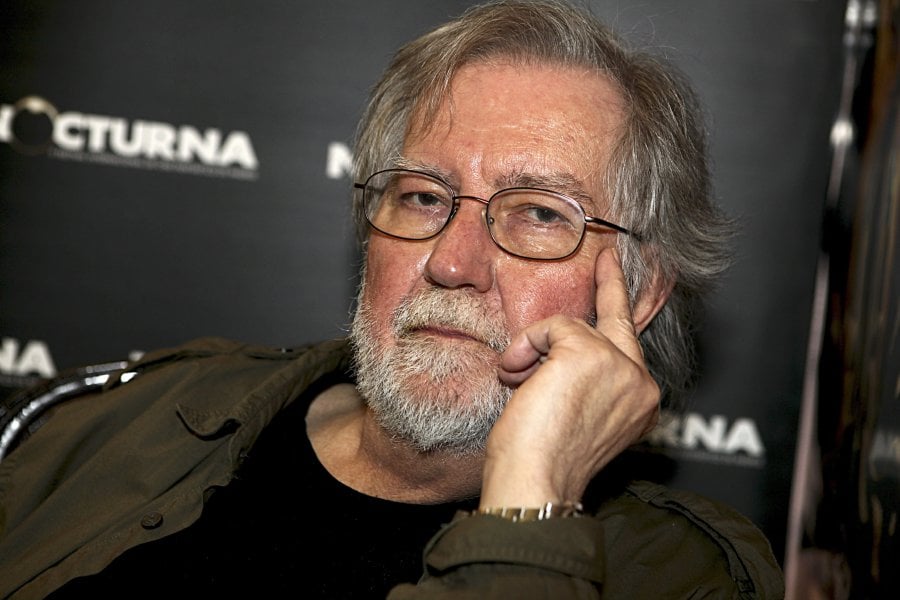 Horror movie trailblazing director Tobe Hooper died at the age of 74 on Saturday in Sherman Oaks, California, according to the Los Angeles County Coroner. The cause of death was not disclosed at press time.

Austin, Texas-born Hooper's 1974 classic "The Texas Chain Saw Massacre" is considered one of America's greatest, most-influential horror films and a movie with far-reaching cultural impact, despite being banned in multiple countries when it was released. The story of a group of young friends who fall into the hands of a family of ugly cannibals - led by the saw-wielding Leatherface - was controversial for its shocking violence, much of which was implied rather than directly shown.

Tobe Hooper, the director of the film "the texas chainsaw Massacre" celebrates 40 years of his film at the Grand Rex in Paris on 23 September 2014. The film spawned a number of sequels - the first of which was directed by Hooper - as well as several remakes.

The 1982 Poltergeist, written and produced by Steven Spielberg, also became a classic of the genre.

The rest of Hooper's output was erratic in quality and he seemed nearly more comfortable working in the independent world instead of the Hollywood system.

Horror director, Mick Garris did some fantastic interviews back in 2010 for his Post Mortem with Mick Garris show with Tobe Hooper to talk about the horror films he created and what influences he brought with him during their creation. For much of the 1960s he worked as a university professor and a documentary cameraman. Our condolences to his family.

Manchester United back on top after Leicester win
It encourages Mourinho that United is on the right path to collect its first title since Alex Ferguson's retirement in 2013. After we missed a penalty with half an hour to go, normally there is always a little collapse and that didn't happen. 8/27/2017

Arsenal face Cologne in Europa League
Everton travel to Chelsea on Sunday and Koeman revealed the Senegal midfelder Idrissa Gueye had been rested with a slight hamstring problem. 8/27/2017

Mark Ingram changes name on New Orleans Saints jersey
Here are some of the observations of Sports Director Doug Mouton from Thursday's joint practice with the Houston Texans . The Texans defense kept Drew Brees and the Saints offense out of the end zone on Saturday night. 8/27/2017

Triple Talaq verdict: Epic reactions on Twitter that went viral
The courts observed, in that case, that as long as the holy Quran does not contemplate such divorce , it can not be accepted. She was ill, and her husband of 13 years dropped her at the railway station so she could convalesce at her parents' home. 8/27/2017

Dog stocks up on food to prepare for Harvey
A damaged vehicle sits outside a heavily damaged apartment complex in Rockport, Texas, after Hurricane Harvey. Tiele Dockens spotted the resourceful pooch and made a decision to snap a photo, posting it on Facebook . 8/27/2017

Fans Unhappy With Rams' Preseason Loss In 'Battle of LA' Vs. Chargers
Mannion completed the only Rams touchdown pass of the game, a 38-yard strike to rookie receiver Josh Reynolds . A common thread in preseason, the Rams played the majority of the game with backup quarterback Sean Mannion . 8/27/2017

Zlatan Ibrahimovic vows to "finish what I started" at Manchester United
The England worldwide kept his composure to fire home a Henrikh Mkhitaryan corner from close range after losing his marker. But West Brom will join United on nine points from three games if they beat Stoke at home on Sunday afternoon. 8/27/2017

McConnell to speak at Kentucky GOP dinner
Yesterday, Trump said that McConnell "failed" just hours after the White House tried to paper over the fight between the two men. The White House stressed on Wednesday that Mr Trump would work with Congress to get funding for the wall. 8/27/2017