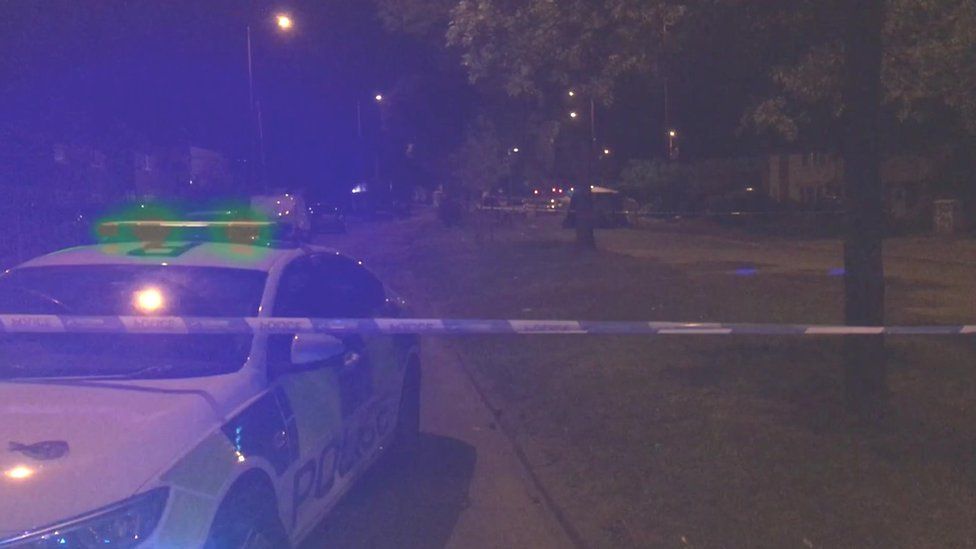 The boy was confirmed dead at the scene on College Road, Kingstanding, at about 19:30 BST on Monday.

All six were arrested within a few hours on Tuesday afternoon, the force said.

Police have launched a murder investigation after a 14-year-old boy was stabbed to death in the street during a large street fight.

A 33-year-old man was arrested from an address in Kingstanding at 3.35pm followed by a 13-year-old boy who was detained in the Walsall area. They are all in police custody.

The force has voluntarily referred the case to the Independent Office for Police Conduct (IOPC) after "looking at previous incidents involving the victim".

A spokesman for the Metropolitan Police said: "Officers responded and found an 18-year-old male suffering from a stab injury in a tennis court area".

Officers are speaking to witnesses and fast-tracking CCTV inquiries.

"We are aware of many different rumours circulating about the motive for the murder but we are keeping an open mind and pursuing all lines of enquiry".

He is then seen falling to the ground before being kicked and stabbed in front of people who were out enjoying the evening sun.

Other footage on social media show the aftermath of the attack with paramedics and police officers in attendance, surrounded by large crowds of people watching on.

A West Midlands Ambulance Service spokeswoman said they were called to the scene at 7.35pm on Monday, arriving within five minutes.