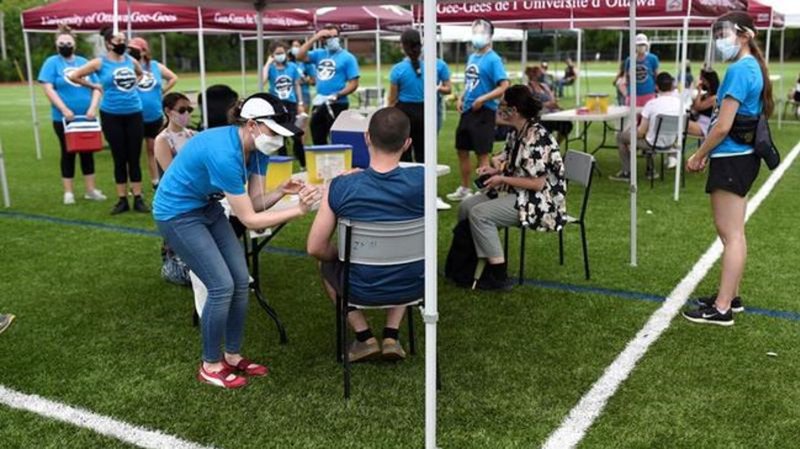 Ontario is reporting just over 400 new cases of COVID-19 today and 33 more deaths as the positivity rate drops to its lowest level since February.

No COVID-19-related deaths occurred Tuesday, according to health officials, leaving the province's death toll to stand at 1,722.

There are 571 people being treated for the novel coronavirus in Ontario hospitals. At least 466 of those patients are in intensive care.

The province also identified an additional 64 cases of the P.1. variant.

As of Tuesday, approximately 74.2 per cent of adults in B.C. had received their first dose of COVID-19 vaccine, or 71.9 per cent of everyone aged 12 and older.

"There is so much to gain from the progress we are making, so let's keep pushing to get as many people as possible fully vaccinated as soon as we can", provincial health officer Dr. Bonnie Henry and B.C. Health Minister Adrian Dix said in a joint written statement. The number of cases for any city or region may differ slightly from what is reported by the province, because local units report figures at different times.