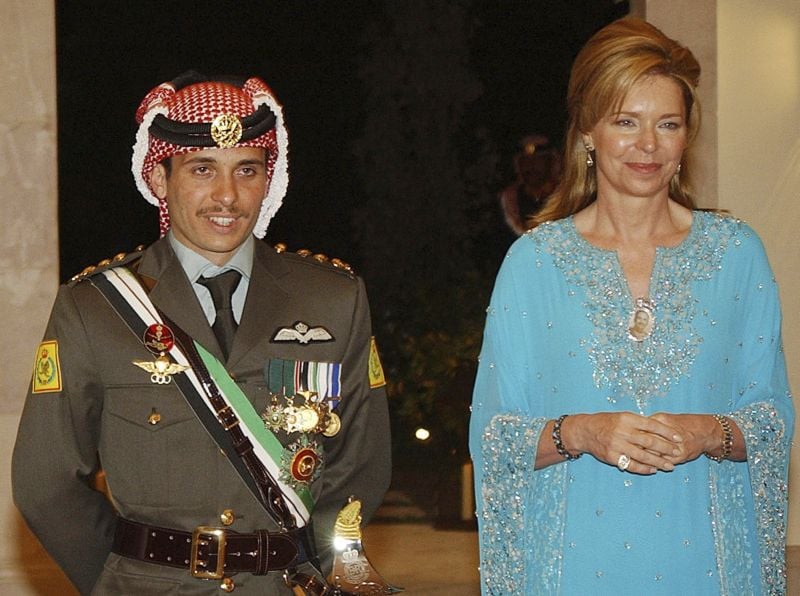 Chairman of the Joint Chiefs of Staff of Jordan's army Yusef Huneity denied reports that Prince Hamza had been arrested but said he was told to "stop activities that are being exploited to target Jordan's security and stability". "And I've been informed by the company that they're instructed to cut it, so it may be the last time, I'm able to communicate", Hamzah said.

The Washington Post said Jordanian authorities detained the former crown prince and arrested almost 20 other people after what officials called a "threat to the country's stability".

The alleged plot "included at least one other Jordanian royal as well as tribal leaders and members of the country's security establishment", the U.S. daily added.

In a statement published by the state news agency, the military said the warning to Prince Hamzah was part of a broader, ongoing security investigation in which a former minister, a junior member of the royal family and unnamed others were detained.

The agency did not provide further details or name the others who were arrested.

The Washington Post cited a senior Middle East intelligence official as saying the arrests were made over an alleged plot against King Abdullah II.

People familiar with the affair said the crackdown could have been related to a plot to destabilise Jordan, a key ally of the United States.

"King Abdullah is a key partner of the United States", Ned Price said, "and he has our full support".

King Abdullah has succeeded in bringing political stability to the country and gaining stature as a prominent Arab leader whose message of moderation has found an echo, especially in Western forums.

Abdullah came to the throne in 1999 when their father, King Al Hussein bin Talal, died of cancer. It borders Israel, the Palestinian territories, Syria and Iraq.

The country's economy has been battered by the coronavirus pandemic.

Jordan, which is now under a nightly covid curfew that is set to expire in mid-May, has been hit hard economically by the coronavirus pandemic as well as by the fallout from massive waves of refugees from neighboring Syria.

Jordan made peace with Israel in 1994, but relations have been tense in recent years, largely due to differences linked to Israel's conflict with the Palestinians.

"[Jordanians'] well being has been put second by a ruling system that has decided that its personal interests, financial interests, that its corruption is more important than the lives and dignity and future of the ten million people who live here", he said.

Jordan has always been a key Western ally and an island of stability in a turbulent region.

In early 2018, as then-President Donald Trump was threatening to cut aid to countries that did not support USA policies, the administration boosted assistance to Jordan by more than $1 billion over five years.

Hamzah served as a crown prince for four years before the designation was passed to Abdullah II in 2004.

The prince, the oldest son of the late King Hussein is allegedly thought to be involved in plans to overthrow his older half brother, King Abdullah II, the report added.