A packed train derailed in a tunnel in eastern Taiwan on Friday at the start of a long holiday weekend with authorities saying at least four passengers appeared to be dead and dozens of others were injured.

Police said at least 36 people were classified as showing no signs of life when rescuers reached them in what looks set to be the island's worst rail disaster in decades.

It is believed to have hit a truck that was "not parked properly" and is suspected to have slid onto the train tracks, the official Central News Agency said.

Some 70 passengers remain trapped inside the mangled carriages, while another 40 have been rushed to hospital, after the train crashed outside the city of Hualien on Friday.

"This is our initial understanding and we are clarifying the cause of the incident", he added.

"The top priority now is to rescue the stranded people", her office said in a statement.

The accident occurred on Taiwan's eastern railway line around 9:30 am (0130 GMT).

Taiwan media said many people were standing as the train was so full, and were thrown about when it crashed.

A brief video released by the centre inside the tunnel showed rescuers arriving on the scene and one twisted carriage door. 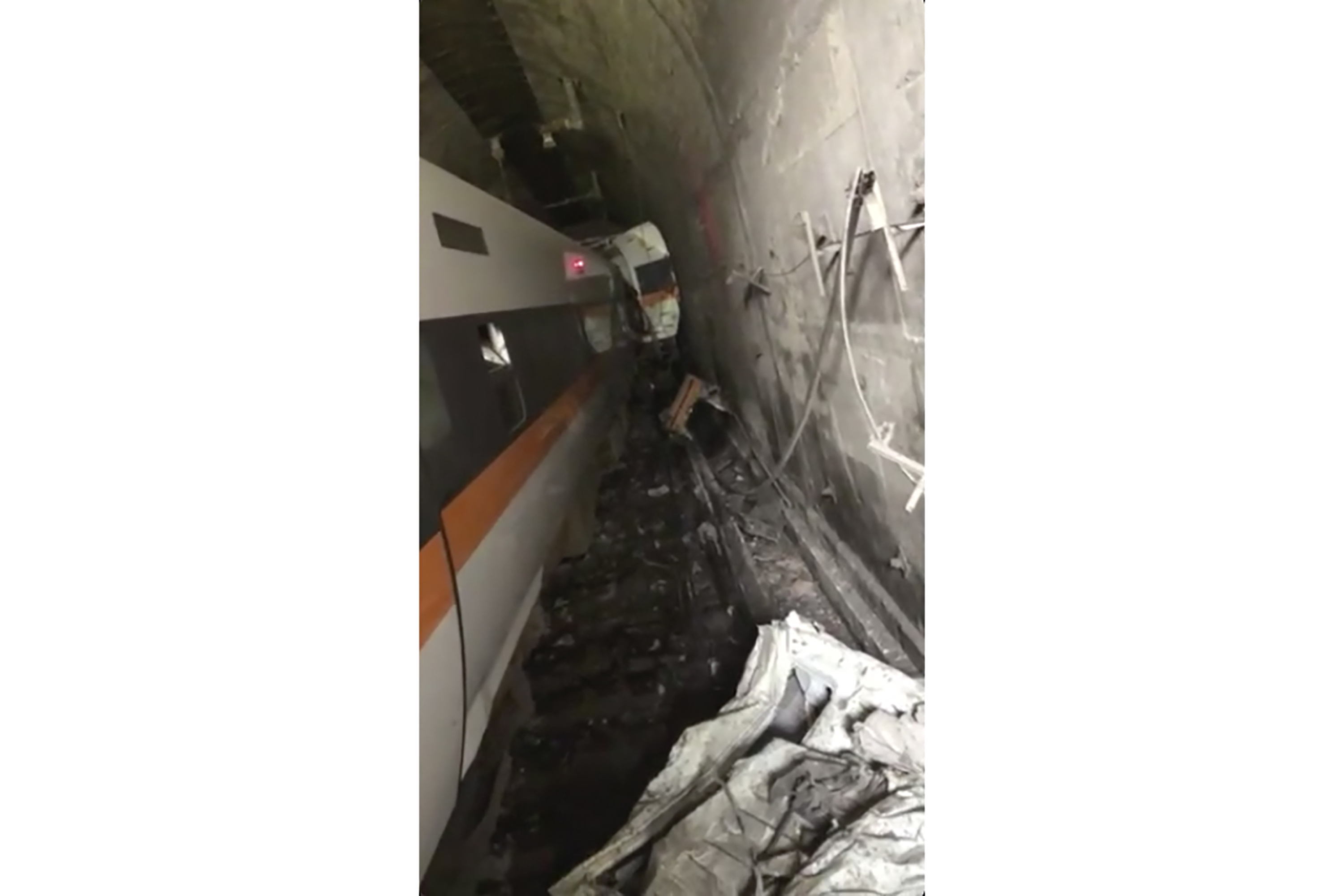 One injured passengers was seen being stretchered out of the train with her head and neck in a brace.

The eight-car train was making its way from Taipei to the southeastern city of Taitung and was carrying some 350 passengers.

The accident came on the first day of the four-day Tomb Sweeping Festival, an annual religious festival when people travel to their hometowns for family gatherings and to worship at the graves of their ancestors.

Taiwan's mountainous east coast is a popular tourist destination, and the railway line from Taipei down the east coast is renowned for its tunnels and a route that hugs the coast just north of Hualien where the crash occurred.

With the help of multiple tunnels and bridges, it winds its way through towering mountains and dramatic gorges before entering the picturesque Huadong Valley.

Taiwan's last major rail crash was in 2018 when an express train derailed while negotiating a tight corner on the northeast coast, killing at least 18 people and injuring almost 200.

The driver of the eight-carriage train was later charged with negligent homicide. More than 200 of the 366 people on board were also injured.

Taiwan's last major rail crash was in October 2018 when an express train derailed while rounding a tight corner on the northeast coast, killing at least 18 people and injuring almost 200.

And in 2003, 17 died and 156 were injured after a train on the Alishan mountain railway plunged into a chasm at the side of the track.