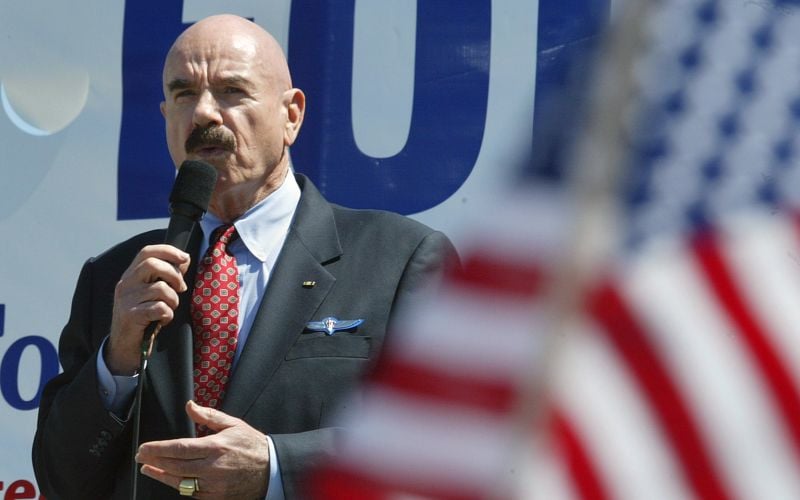 G. Gordon Liddy, a former Federal Bureau of Investigation agent who worked for the reelection committee for President Richard Nixon and an infamous figure in the Watergate scandal, has died at age 90, his son confirmed to CNN.

Liddy, a former Federal Bureau of Investigation agent, political strategist and lawyer, orchestrated two break-ins at the Watergate offices of the Democratic National Convention during Nixon's campaign for re-election.

When he sent another group of operatives back to the offices several weeks later, they were caught by police and the plot unravelled.

G. Gordon Liddy was convicted for his part in organizing the Watergate break-in on charges of burglary, conspiracy and wiretapping and served 4.5 years after President Jimmy Carter commuted his original 20-year sentence to eight.

Details: Liddy, who was also a lawyer, talk show host and actor, died Tuesday at his daughter's home in Fairfax County, Virginia, his son Thomas Liddy told WashPost. He did not provide a cause of death but noted that COVID-19 was not a factor.

He was sentenced to six to 20 years for the plot, but served only 52 months when his sentence was commuted by Jimmy Carter, the Democrat who defeated Gerald Ford, Nixon's vice-president who took over when Nixon became the first sitting U.S. president to resign.