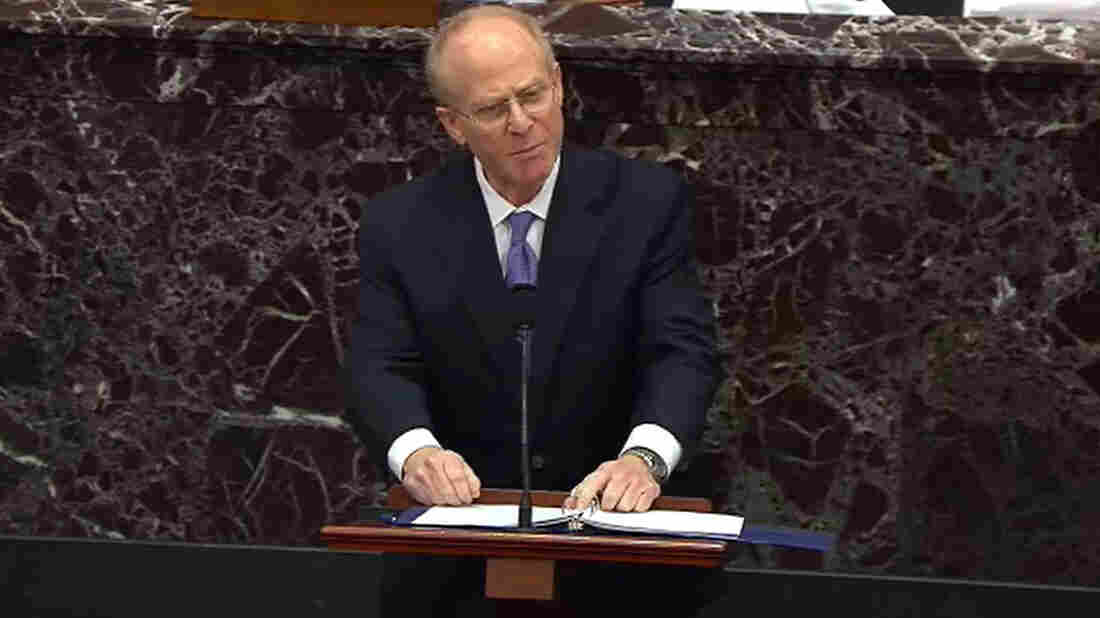 When Trump implored supporters to "fight like hell" on January 6, he was speaking figuratively, they said. He denies the charge.

His lawyers argued that convicting their client would violate his right to free speech, and that the swift impeachment process had abrogated his right to a fair trial.

Earlier, they sat through two days of minute-by-minute accounts featuring video and audio footage, as Democratic prosecutors sought to show that Donald Trump had a pattern of condoning violence, had done nothing on the day to prevent the riot, and had expressed no remorse.

The defense argued that Democrats are trying to blame Trump for the violent actions of groups that preplanned the attack on the seat of government.

In arguments this week, Democratic members of the House of Representatives showed videos and shared tweets they said made clear Trump had set the stage for the violence by falsely claiming the election results were fraudulent and egging on his supporters with his rhetoric long before January 6.

Mr. van der Veen also litigated a June 1 protest at Lafayette Square near the White House, in which riot police used pepper spray and truncheons to clear away a peaceful crowd of anti-racism protesters so Mr. Trump could hold a photo-op at nearby St. John's Church.

In a question-and-answer session with senators, Susan Collins, one of the few Republicans considered likely to vote for conviction, asked Mr. Trump's lawyers to clarify when he learned of the riot on January 6 and what he did about it. Mr. van der Veen said he did not know.

Democrats, they said, were guilty of hypocrisy in pursuing Mr Trump given their stance on the Black Lives Matter protests past year. It was, in the soundbite of the day, an exercise in "constitutional cancel culture".

"Like every other politically motivated witch hunt the left has engaged in over the past four years, this impeachment is completely divorced from the facts, the evidence and the interests of the American people", he said.

Trump lawyers framed the impeachment effort as a highly partisan attack that was really about Democrats' disdain for the former president.

The Democrats had presented new video footage of the riots on both Wednesday and Thursday, taking senators step by step through the events of the day of the riot. (Trump was invited to testify at the trial and declined.) They attempted to cast doubt on the legitimacy of the impeachment managers' evidence by noting how much they relied on media reports. "It's making sure that no future official, no future president does the same exact thing".

Neither side has so far announced an intention to call witnesses, leaving senators on track for final arguments and a vote as soon as Saturday.

Other Republican senators have clearly already made up their minds and do not intend to break with Trump, who has threatened to derail their careers should they back impeachment.

It would take a two-thirds majority to convict, meaning 17 Republicans would need to join the Senate's 50 Democrats.

The House managers, serving as the prosecutors in Trump's Senate trial, said the former president's phone call with Tuberville and subsequent tweet showed that he did not try to stop the violent mob despite knowing how dire the situation was for his vice president.

Schoen said the Democrats case was driven by "political opportunism" and that it skipped basic norms of due process and fairness, though impeachment trials are not equivalent to criminal trials.