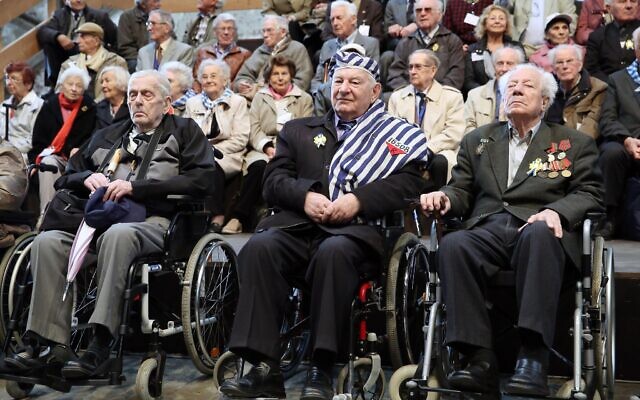 Friedrich Karl Berger, a 95-year-old German citizen, was ordered removed from the USA in February 2020, when a United States immigration judge determined his "willing service" as a guard of concentration camp prisoners "constituted assistance in Nazi-sponsored persecution", the Justice Department said.

Prosecutors in the town of Celle, in the state of Lower Saxony, said he would be questioned for accessory to murder.

The deportation came after a judge in two-day trial in February 2020 concluded that Meppen prisoners were held during the winter of 1945 in "atrocious" conditions and were exploited for outdoor forced labor, working "to the point of exhaustion and death".

Friedrich had been an "active participant in one of the darkest chapters in human history", a USA immigration official said, adding that the United States did not offer protection to "war criminals".

Berger admitted that he guarded prisoners to prevent them from escaping.

Earlier this month, a 100-year-old German man was charged with being an accessory to 3,518 murders committed while he was allegedly a guard at the Sachsenhausen concentration camp.

The camp held Russian, Dutch and Polish civilians, as well as Jewish prisoners and political opponents from France, Italy and other countries. During the brutal two-week trek, 70 prisoners died.

Berger, a German citizen, had been living in Tennessee.

In an interview with the Washington Post, Mr Berger said he had been forced to work in the camp, spent a short time there and carried no weapon. I can not believe it. "I cannot understand how this can happen in a country like this".

Christmas celebration of the SS guards at Concentration Camp Neuengamme in 1943.

Berger still receives a pension from Germany based on his employment iin that country, "including his wartime service".

Acting US Attorney-General Monty Wilkinson said Mr Berger's removal showed the administration's commitment "to ensuring that the United States is not a safe haven for those who have participated in Nazi crimes against humanity and other human rights abuses".

In 1979, the USA government created the Justice Department Office of Special Investigations dedicated to finding Nazis. The federal law that barred the entry of people who assisted in Nazi persecution had expired in 1957.

The last deportation was of 95-year-old former SS guard Jakiw Palij, who had lived in NY since 1949 and was expelled in August 2018. Twelve defendants received death sentences and were hanged.