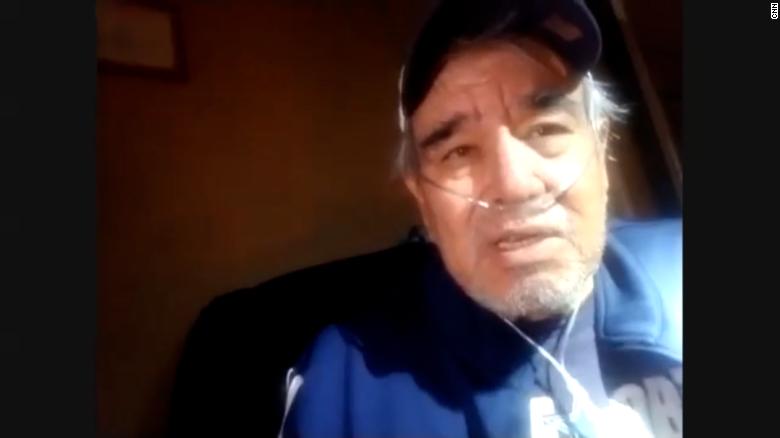 Major disruptions to the Texas power grid left more than 4 million households without power this week, but by Thursday evening, only about 347,000 lacked electricity.

About 325,000 homes and businesses in Texas remained without power, down from about 3 million a day earlier.

The storms also left more than 450,000 people from West Virginia to Louisiana without power, while 100,000 in OR are still enduring a week-long outage following a massive ice and snow storm.

Meanwhile, heavy snow and ice were expected on Thursday in the Appalachians, northern Maryland and southern Pennsylvania, with the wintry weather moving into the Northeast by nightfall.

In the Houston area, a family died from carbon monoxide as their vehicle idled in their garage.

A grandmother and three children died when flames escaped the fireplace they were using to keep warm.

"Power grids across our country, particularly in Texas, are overloaded by the demands that are placed on them under these conditions, and the infrastructure is not built to withstand these extreme conditions", she said.

More than 800 public water systems serving 162 of the state's 254 counties had been disrupted as of Thursday, affecting 13.1 million people, according to a spokesperson for the Texas Commission on Environmental Quality.

White House homeland security adviser Liz Sherwood-Randall said 1 million or more people are still experiencing power outages as a result of the storm that has engulfed Texas and other areas of the United States.

Houston Mayor Sylvester Turner said residents will probably have to boil tap water in the fourth-largest USA city until Sunday or Monday.

Federal emergency officials sent generators to support water treatment plants, hospitals and nursing homes in Texas, along with thousands of blankets and ready-to-eat meals, officials said. The Texas Restaurant Association also said it was coordinating donations of food to hospitals.

Oklahoma City Mayor David Holt pleaded with residents to limit water usage, and Jackson, Mississippi, Mayor Chokwe Antar Lumumba said most customers were without water, with no timeline on when it would be restored.

In Harris County, which includes Houston, more than 1 million people have been affected by local water systems that have either issued notices to boil water so it is safe to drink or that can not deliver water at all, said a spokesperson for the county emergency management agency.

About 85 seniors in a Jackson apartment building lost water service Monday and were relying on deliveries from a building manager, said resident Linda Weathersby. Elsewhere in the state, a 9-year-old boy was killed when the tube his father was pulling behind an ATV slammed into a mailbox.

Before the wintry weather moved from Texas, the city of Del Rio along the U.S. -Mexico border, got almost 10 inches (25.4 cm) of snow on Thursday, surpassing the city's one-day record for snowfall.