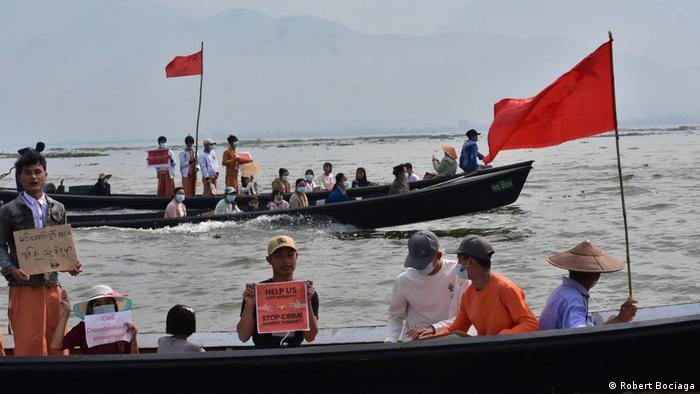 They were staging a walkout in protest over the coup.

Many thousands of opponents of Myanmar's February 1 military coup marched on Sunday in towns from north to south, undeterred by the bloodiest episode of their campaign the previous day when security forces opened fire on protesters, killing two.

On Sunday, Facebook announced it took down the page run by the Myanmar military information unit for repeated violations of our community standards prohibiting incitement of violence and coordinating harm.

On Saturday, protesters occupied major roads in the largest city, Yangon, as well as in the central city of Mandalay and elsewhere in the country. "We'll continue to our goal of democracy", said Yin Nyein Hmway at the Yangon protest.

- At least two people have been killed in Myanmar in the city of Mandalay in what is believed to be the single bloodiest day of protests against the military coup that happened nearly three weeks.

Some of the demonstrators fired catapults at police as they played cat and mouse through riverside streets. The authorities used water cannons, rubber bullets, tear gas, slingshots and ultimately live ammunition to break up the crowd, witnesses said.

"Twenty people were injured and two are dead", said Ko Aung, a leader of the Parahita Darhi volunteer emergency service agency in the city. Its True News page was not available on Sunday.

The junta has blamed protesters for instigating the violence and said it will hold new elections in a year's time.

"Some of the aggressive protesters were also injured due to the security measures conducted by the security force in accordance with the law", the newspaper said without mentioning the deaths.

The violence in Mandalay comes a day after a young woman became the first confirmed death from the protests.

She was shot in the head on 9 February in the capital, Naypyitaw.

The European Union also responded that it strongly condemned violence against peaceful civilian protesters by the military. 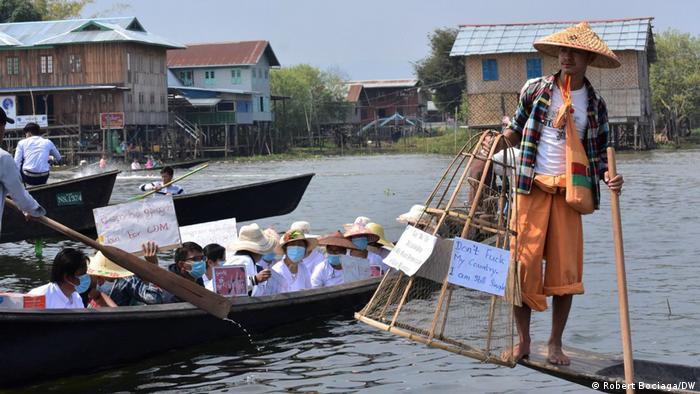 On February 12, the United Nations adopts a resolution demanding the immediate release of Suu Kyi and deems the use of violence against protesters "unacceptable".

The army seized power after alleging fraud in 8 November elections swept by Ms Suu Kyi's National League for Democracy, detaining her and others.

The electoral commission had dismissed the fraud complaints.

The military warns of a crackdown and imposes night-time curfews in Yangon, Mandalay and Naypyidaw - the country's three biggest cities - as well as several other locations around Myanmar.

Lu Min has been prominent in demonstrations and is one of six celebrities wanted under an anti-incitement law for encouraging civil servants to join in.

His wife, Khin Sabai Oo, said in a video posted on his Facebook page that police had come to their home in Yangon and taken him away.

Nevertheless, the army said its action is within the constitution and is supported by a majority of the people.

Since the army takeover, 640 people have been detained, according to the Assistance Association for Political Prisoners monitoring group.

Condemnation of the violence has been fierce, and US Secretary of State Antony Blinken has held talks with allied countries in recent days to press for a firm global response.

Protesters and residents were forced to flee the neighbourhood amid the violence, as security forces chased after them.

The Foreign Ministry said in a statement that despite "unlawful demonstrations, incitements of unrest and violence, the authorities concerned are exercising utmost restraint through minimum use of force to address the disturbances", adding they were maintaining public safety in line with domestic laws and worldwide practices.