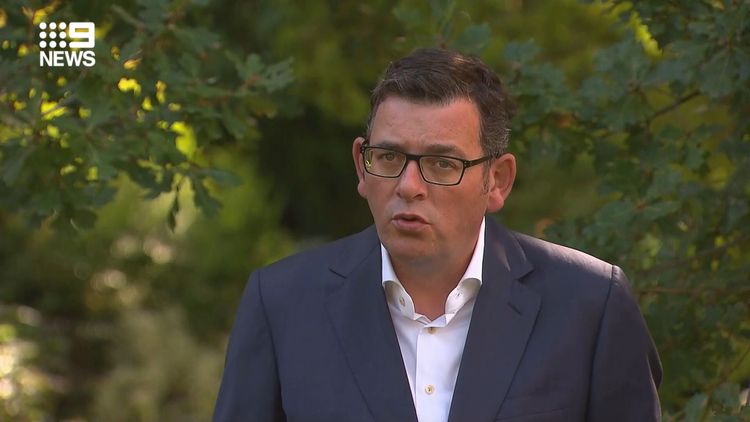 Face masks will still be required in indoor and outdoor settings if social distancing can not be followed and Victorians will only be allowed to host five guests in their houses.

Prior to the snap lockdown, the Open allowed up to 30,000 spectators a day.

While Mr Andrews announced the lockdown would end, some of the restrictions will need to remain in place, he said. "So we need to maintain some of those settings", he said.

'I am very proud of every single Victorian for the work they have done'.

Sources told the newspaper that schools are expected to reopen and crowds will return to the Australian Open to catch the final few matches of the Grand Slam tournament.

There are no limits on numbers for funerals and weddings but the gatherings must follow the venue's density limits indoors and outdoors.

Sports and recreation will be permitted again, with density limits.

Adding to the optimism that the restrictions could at least be eased was the Department of Health and Human Services' (DHHS) report today that there were no new COVID-19 cases acquired in the state over the past 24 hours to midnight on Tuesday night, The DHHS reported 25 active cases and 39,258 tests received over the same period.

"This circuit-breaker has worked, but this is not over, the virus is not gone".

Senior government ministers met on Tuesday night to discuss the easing of restrictions, which were introduced following an outbreak of the United Kingdom strain at Melbourne Airport's Holiday Inn where returned travellers were being quarantined.

'You'd always prefer no new cases, but it is fair to say ... this strategy is working.

'We will get these rules off as quickly and safely as we possibly can'.

The outbreak at the Holiday Inn sits at 19 cases.

Nineteen cases in total have been linked to the outbreak, which authorities believe started with a family who returned overseas.

In both instances the outbreak was quickly contained, which is likely what Daniel Andrews is hoping to have achieved on Wednesday morning.