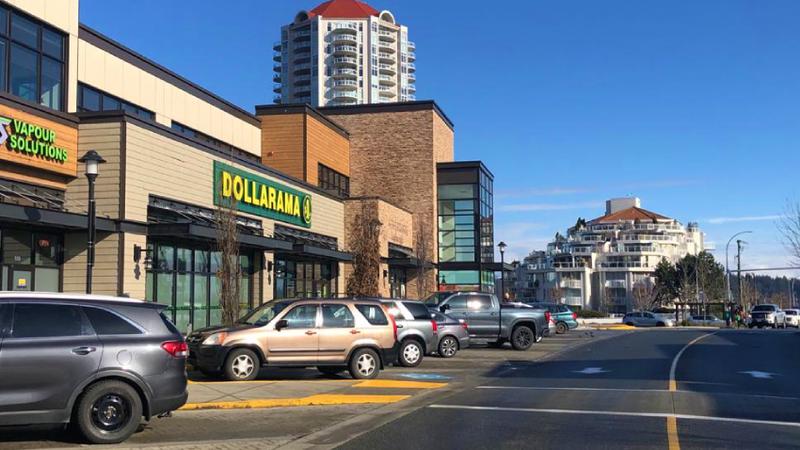 RCMP say a 50-year-old man, his wife and daughter were standing at their vehicle outside the Dollarama in the Port Place shopping centre on Terminal Avenue, when the suspect walked in front of them.

The daughter "told the suspect that he was too close to them, and due to COVID-19 protocols, he should maintain a six-foot separation", said O'Brien.

Late Saturday afternoon, they say, a woman was standing by her vehicle not far from the exit by the bus loops. "The victim was struck with a metal coffee cup in the face and during the struggle was allegedly stabbed twice".

RCMP say the man was with family, outside the Dollarama at Port Place Mall at around 6 on Wednesday.

The male suspect objected to her comment and yelled obscenities at her.

A fight then ensued between the two men, and the victim was stabbed.

The male suspect fled on foot as the woman called 911.

Police say the victim was then taken to hospital for treatment of non-life-threatening injuries. A knife was recovered at the scene.

An hour later, police received information that the suspect was on Gabriola Island.

Gabriola Island RCMP officers attended to the suspect's residence and arrested him without incident.

The man is facing a recommended charge of assault with a weapon and is scheduled to appear Nanaimo provincial court on May 25. He has since been released from police custody until his court appearance.

Covid shot is quick and 'didn't hurt at all', says Queen Elizabeth
The UK now ranks fifth in the world for having the highest COVID-19 case count and death toll, according to Worldometer. On December 8, Britain became the world's first country to begin a mass vaccination drive against the coronavirus. 2/26/2021