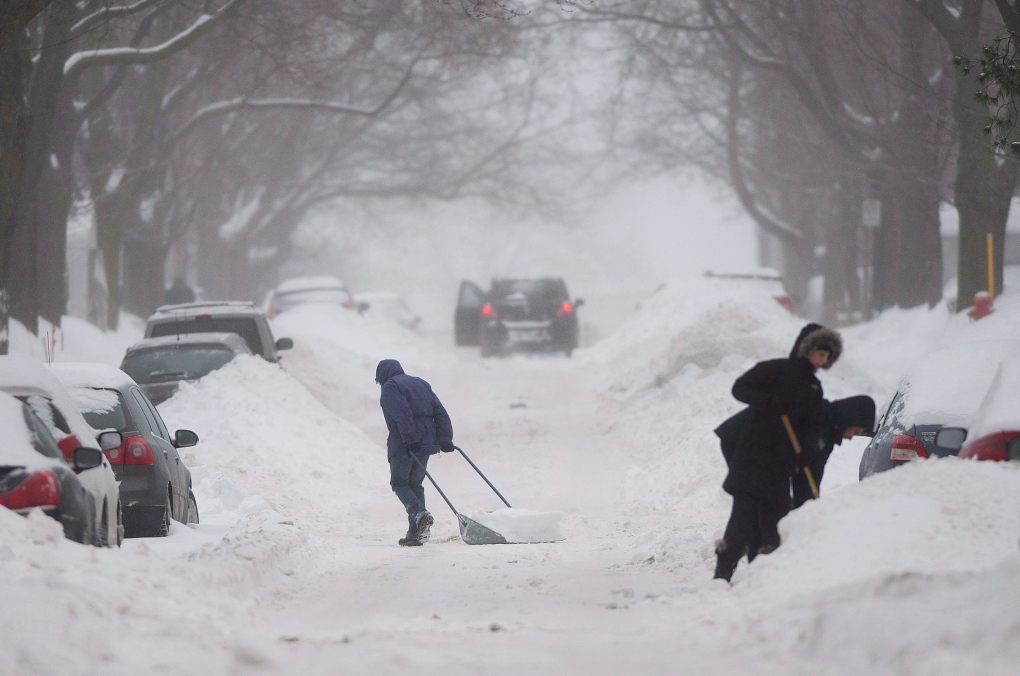 The weather agency says we could see between 15 to 25 centimetres.

Two rounds of precipitation are expected Monday into Tuesday morning across portions of southern Ontario.

"The snow may become light during the evening, however another round of heavier snow will move in near midnight and persist until Tuesday morning", the snowfall warning says.

At the end of the workweek, another walloping of 15 cm is in the forecast, with 10 cm in the cards for Friday.

"Surfaces such as highways, roads, walkways and parking lots may become hard to navigate due to accumulating snow".

The snow is expected to taper off by late Tuesday morning.

Things are expected to warm up later this week, with high temperatures approaching the freezing mark.

Environment Canada is forecasting a high of minus 8 and a wind chill near minus 16.