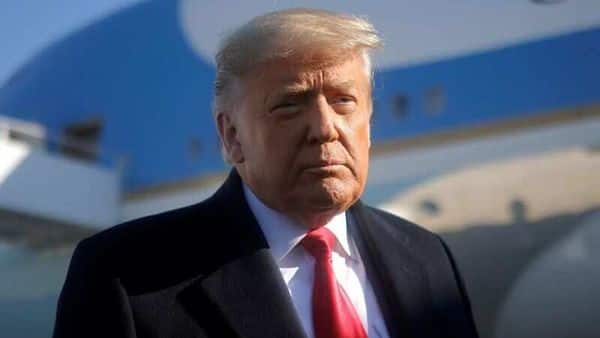 Former U.S. president Donald Trump will be making his first post-presidential appearance at a conservative gathering in Florida next weekend.

He will be delivering a speech at this year's Conservative Political Action Conference (CPAC) which is scheduled for February 28.

The source, who is familiar with the former President's speech, told CNN on Saturday that "he'll be talking about the future of the Republican Party and the conservative movement".

Known for his hatred towards the immigrants - most famously seen in the example of the Mexico wall - Trump is also expected to challenge the "disastrous amnesty and border policies" of his opponent and the current US President Joe Biden.

Three-quarters of Republicans want Trump to play a prominent role in the party, according to a poll from Quinnipiac University this week.

The former president has been mostly quiet since leaving office and relocating with his family to Florida and has, moreover, been unable to use social media as a means to communicate with his supporters after Twitter permanently banned him from its app and Facebook, likewise, indefinitely suspended him following the January 6 riot at the U.S. Capitol.

Trump has been keeping a relatively low profile since he retired from the White House to Palm Beach, Florida, in January, but reemerged last week to conduct a series of phone-in interviews to commemorate the death of conservative commentator Rush Limbaugh.

"I won't say yet but we have tremendous support". "In the months ahead I have much to share with you, and I look forward to continuing our incredible journey together to achieve American greatness for all of our people".

Trump has expressed anger at the 17 Republicans in the House of Representatives and Senate who voted to impeach or convict him, and on Tuesday he aimed his rhetorical fire at Senate Minority Leader Mitch McConnell, the nation's most senior elected Republican. "But the numbers are very good, they're very high".