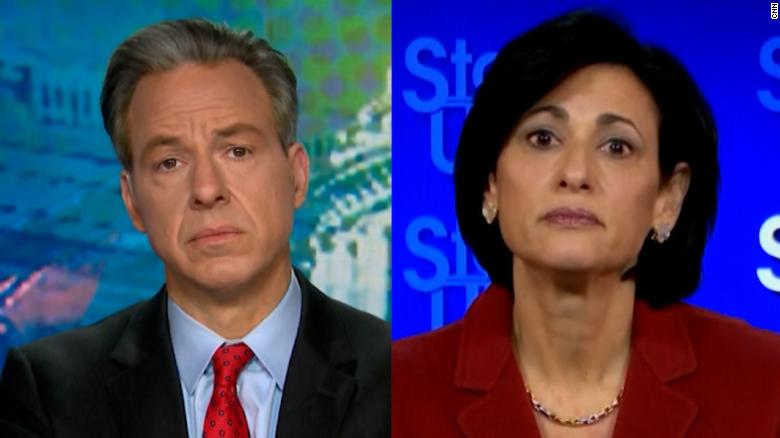 Tapper questioned why they don't just open schools right now, asking, "Can you point to any scientific reasons for students in the United States not to return to in-person classes tomorrow as long as schools are taking the five steps that we referred to earlier - masking, cleansing, etc.?" "Now is the time to double down, still with 100,000 cases a day, still with over two and a half times the cases we had over the summer".

Implementing all of these strategies together is called "layered mitigation", and it is based on the principle that all of them provide some level of protection individually but that maximum safety is achieved when they are put in place simultaneously, Walensky said.

Walensky also said the public can't let its guard down, given the new and more contagious strains of the coronavirus that have been detected in the country.

"Schools really do need more resources", he said. "We have to continue with our current mitigation measures. We still have somewhere between 1,500 and 3,500 deaths per day", said Walensky on CBS's "Face the Nation" on Sunday.

Asked about Montana and Iowa lifting mask mandates, Walensky agreed that the move is "indeed" a mistake. "We are nowhere out of the woods. Isn't the $64 billion that's still in the pipeline, enough money maybe not to solve all the problems but to get a lot more kids back to school?" "I think that there's a lot of work that we need to do in order to get our children, our schools' safe environment".

"Our guidance has now been released", Walensky stated.