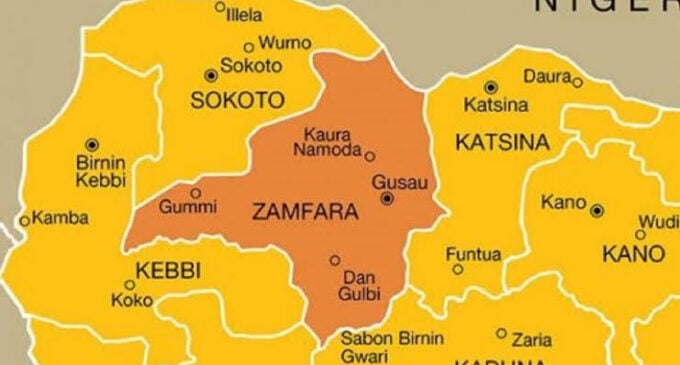 Police and military forces have begun joint operations to rescue the girls after the attack at a secondary school in Jangebe, according to a Zamfara state police spokesperson Mohammed Shehu.

Abubakar Dauran, Zamfara state commissioner of security and home affairs, who confirmed the information to reporters in the state capital of Gusau, said the gunmen abducted the female students of the Government Girls' Secondary School (GGSS) at Jangebe town in the Talata Mafara local government area of the state.

Unidentified gunmen have seized more than 300 schoolgirls in a night-time raid on a school in north-west Nigeria and are believed to be holding some of them in a nearby forest.

Sheik Gumi and his delegation also met with bandits at Sububu forest and Pakai forests to accept the amnesty granted to them by the state government.

"Because of the expression of free and compulsory education at all school levels, we have given that directive that they should get security personnel".

Save the Children said it was "horrified" about the latest abductions.

"It is disappointing that even though the military have a strong presence near the school they were unable to protect the girls", he said.

Distraught parents have gathered outside the school and some have gone out into the bush to look for their daughters, witnesses say.

One teacher told AFP "more than 300 are unaccounted for after a headcount of remaining students", while another teacher had a higher estimate.

The UN children's agency Unicef said it was "angered and saddened" by yet another mass abduction of students in Nigeria describing it as "brutal" and a "violation of children's rights".

By late Friday, there had been no claim of responsibility for the raid.

The government does not appear to have a strategy for stopping these incidents from happening.

Danjuma further stated that the association members were waiting to hear from the government to know what would be done to ensure the safety of schoolchildren, refusal of which might attract withdrawal of wards from boarding houses in the North. He called for their immediate release.

A ransom was paid, according to the United Nations.

Many container schools were built as temporary learning spaces as part of the scheme, but it is not known if any fences were built in communities affected. Speaking on the condition of anonymity a resident who lives near the girls' school school told The Daily Telegraph that hundreds of bandits drove into the town on several Toyota Hilux vans and scores of motorcycles, firing into the air, before heading to the school.