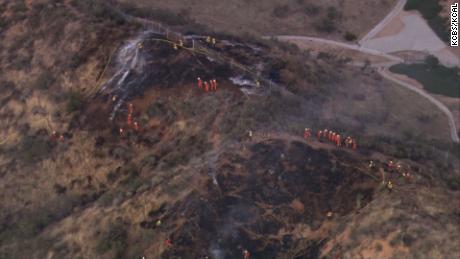 Several people were injured Tuesday after a small explosion near a filming site in the hills north of Los Angeles sparked a fire, officials said.

The location was later determined not to be a film set, but the blast involved equipment owned by individuals who are in the movie industry, said Deputy Rick Velazquez of the Los Angeles County Sheriff's Department's Arson Explosives Detail.

The men taken to the hospital were expected to survive, Matheny said.

A fourth man later "walked into the ER" for treatment, Matheny said.

Rangel also told the Associated Press that the fire spread to a hillside, but the flames were quickly put out by firefighters.

There was no immediate word on what caused the explosion.

Sweden sees increased spread of British COVID variant
Saskatchewan confirmed Tuesday that two infections involve the B117 variant , while New Brunswick reported three cases of it. Julian Tang, from the University of Leicester said, "it is a worrying development", although not totally unexpected. 2/04/2021