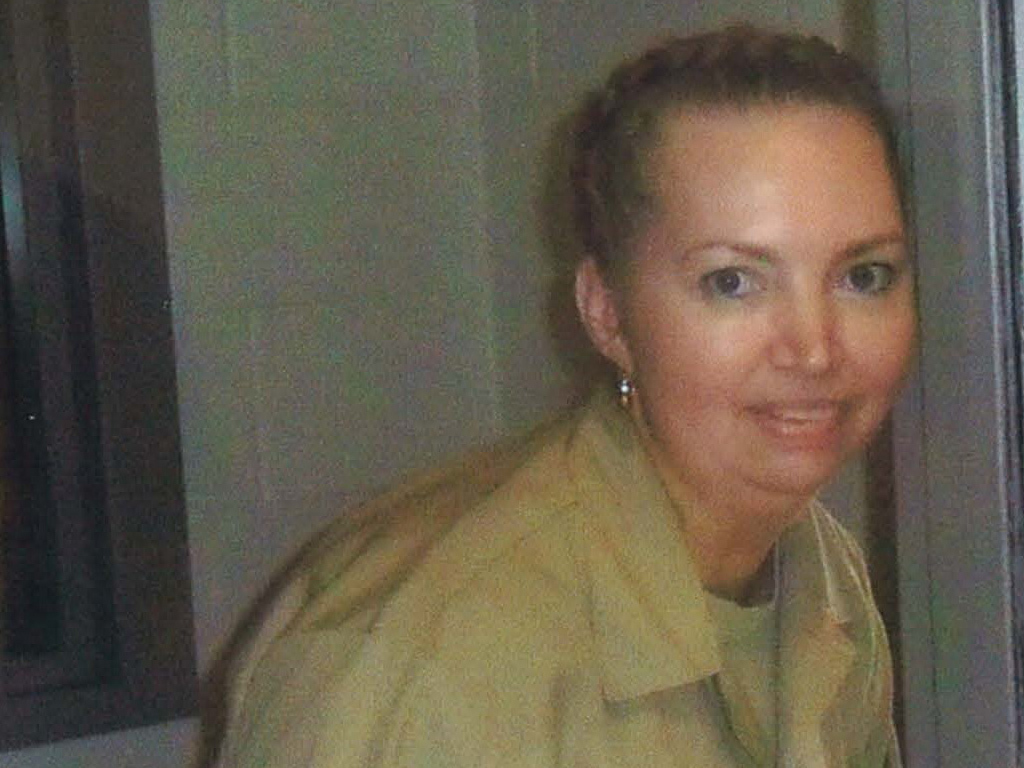 A Kansas inmate convicted of murdering a young pregnant woman then cutting her open to steal her baby is scheduled to become the first woman executed by the federal government in almost 70 years.

Montgomery, now aged 52, was due to be executed on Tuesday at the Federal Correctional Complex in Terre Haute, Indiana. In 2004, Montgomery strangled Stinnett, who was eight months pregnant, cut her fetus from the womb and tried to pass the surviving baby off as her own. She drove from Kansas to the pregnant woman's home in Skidmore, Missouri, then posed as a potential buyer of a puppy Stinnett was selling.

Bobbie-Jo Stinnett was strangled before her baby was stolen.

She was arrested the next day after showing off the premature infant, Victoria Jo, who is now 16 years old and hasn't spoken publicly about the tragedy.

Separately, the U.S. Circuit Court of Appeals for the District of Columbia issued another stay in Montgomery's case for an appeal related to the Justice Department's execution protocols and said briefs must be fully filed in that case by January 29, raising the prospect her execution could be delayed until after President-elect Joe Biden takes office. They have called the decision to execute her a "profound injustice".

"The Court was right to put a stop to Lisa Montgomery's execution", her attorney, Kelley Henry, said in a statement.

Henry claims that Montgomery was a victim of sex trafficking when she was a child and as a girl was also gang-raped by several men.

Her stepfather denied the sexual abuse in video-taped testimony and said he didn't have a good memory when confronted with a transcript of a divorce proceeding in which he admitted some physical abuse.

In 2007, she was convicted of kidnapping resulting in death and handed a death sentence.

Montgomery called her husband later in the day to pick her up in a Long John Silver's parking lot, telling him she had delivered the baby earlier in the day.

She eventually confessed, and the rope and bloody knife used to kill Ms Stinnett were found in her auto.

A search of her computer showed she used it to research caesareans and order a birthing kit.

Ms Stinnett's husband, Zeb, told jurors his world "crashed to an end" when he learned his wife was dead. That slaying was chronicled in a book, "In Broad Daylight", as well as a TV movie, the film "Without Mercy" and the miniseries "No One Saw a Thing".

"I just wept", Strong recalled. They want to be left alone. They didn't want this. Montgomery's lawyers argue that her date is inconsistent with Missouri law and violates the Federal Death Penalty Act.

She was originally scheduled to be put to death on December 8, but the execution was temporarily blocked after her attorneys contracted the coronavirus after visiting her in prison.

Despite the decline of capital punishment in the United States and around the world, Trump's administration resumed federal executions in July after a 17-year hiatus and has been carrying them out at an unprecedented rate ever since.

Belichick turns down Trump's Presidential Medal of Freedom
Belichick continued, "Above all, I am an American citizen with great reverence for our nation's values, freedom and democracy". Patriots owner Bob Kraft is a longtime friend of the president's, as is former Patriots quarterback Tom Brady . 1/12/2021

Australia vs. India: Tim Paine retirement talk too early, says Brad Haddin
Paine was caught constantly chatting to R Ashwin during India' rearguard forcing the batsman to pull away on multiple occasions. Ashwin replied: "Just like we wanna get you to India, may be your last series". "That will be your last series". 1/12/2021