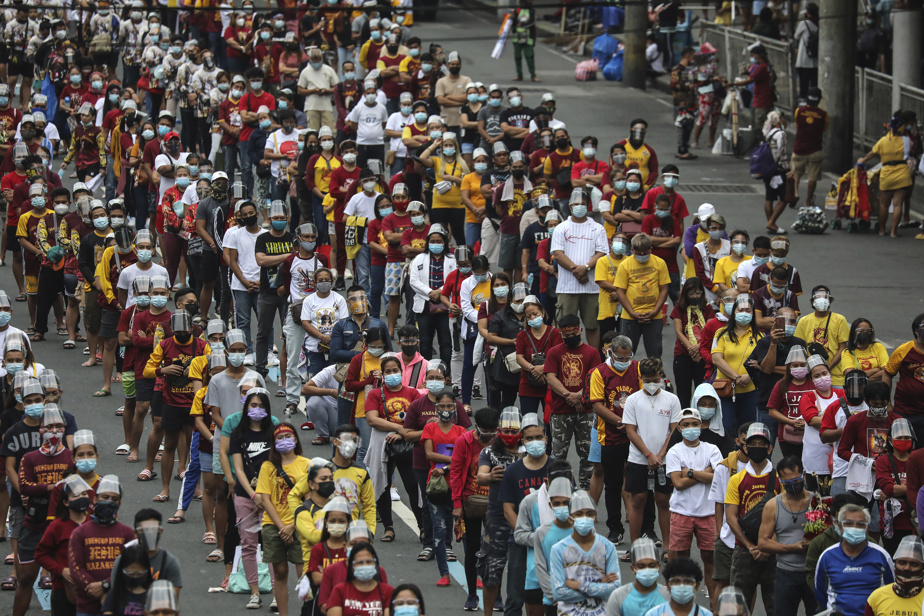 The Black Nazarene is a wooden statue of Jesus Christ crowned with thorns and bearing a cross. Danao said no vendors were allowed within the vicinity of Quiapo Church while the devotees would be prohibited from bringing or using backpacks or colored canisters. According to Manila Police Chief General Leo Francisco, hundreds of thousands of people had flocked by mid-afternoon.

Devotees observed physical distancing requirements as they began lining up before dawn outside the Minor Basilica of the Black Nazarene in the district of Quiapo in Manila City.

The orderly scenes were in contrast to the normal frenzied procession involving hundreds of thousands of pilgrims risking life and limb to touch the icon in the belief that it can heal the sick.

The DOH also urged respective local government units to coordinate with Quiapo Church to secure the list of attending devotees, and to actively monitor their constituents who participated in the event so that possible Covid-19 cases may be easily detected and transmission is limited.

On Saturday Covid-19 cases in the country rose to 485, 797. This year, 15 masses are being held throughout the day instead.

For many, that was enough. Though mostly online, the multitude of the faithful is still there.

He added that he touched the statue for the first time during the 2017 procession, an act he believes ensured his wife, who has epilepsy and was pregnant at the time, was able to deliver a healthy baby. 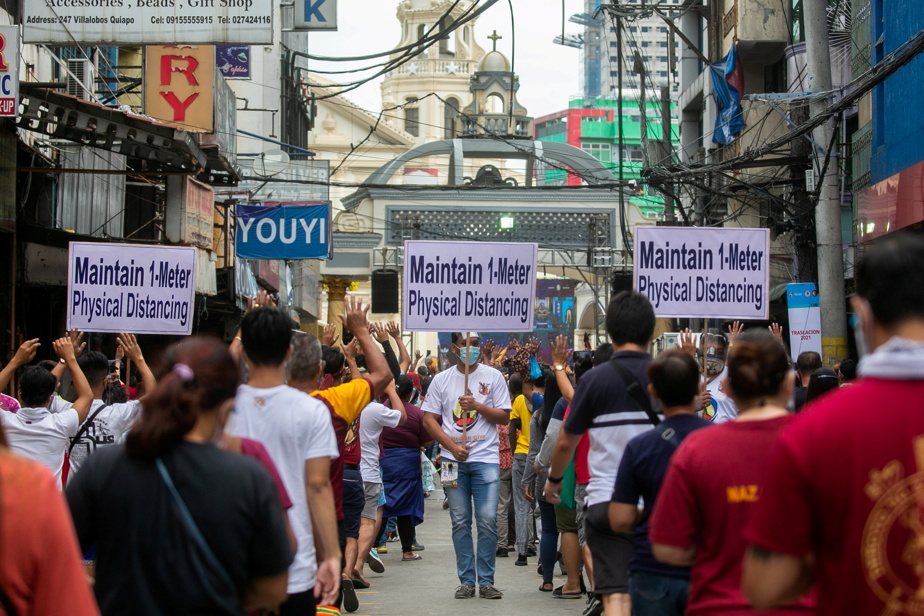 The risk of catching the coronavirus, which has infected almost half a million people in the country, did not bother Marlene Ordiales, 58, who believed the Black Nazarene would protect her.

"I don't care about the pandemic, I'm in it", she told AFP before entering the church. "Every year, every week I go to church", Arjay Echon, 29, a supermarket employee and a devotee for seven years, told Reuters.

The statue is called the Black Nazarene because of its charred colour, believed to have occurred when it survived a fire aboard a ship en route from Mexico.

In the weeks leading up to Saturday's big day, the statue had toured several churches in Manila to give worshipers the opportunity to see it, in a country where some 80% of the population is Catholic.

But many, like Jasper De Guzman, were determined to take part.

"We're really going to need a miracle to stop a super-spreader event in Quiapo right now". He said troops from the Philippine National Police-Special Action Force had been sent to the area as early as December 22 past year, aside from the more than 6,000 policemen from the Manila Police District.